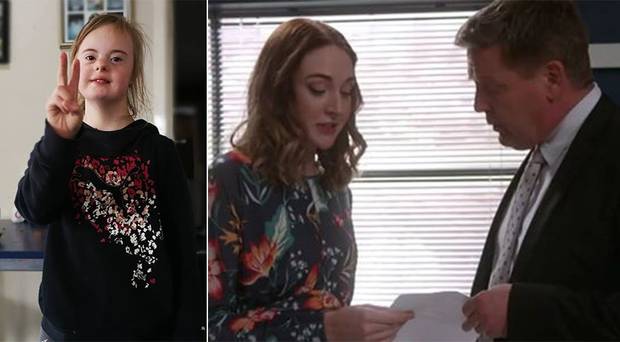 Faith, left, and her mother, Louise, took to Facebook to address the issues raised in Shortland Street regarding children with Down Syndrome. Photo / Supplied, TVNZ.

Stereotypes, stereotypes, stereotypes. It’s hard to believe that in a world where the majority of us (those who are fortunate enough, anyway) can be educated in ANY topic and kept up-to-date about ANY news story simply by clicking a button, can remain so ignorant, so short-sighted. Or should I say – so Shortland Street-sighted? I am talking here, of course, about the recent controversy surrounding an ill-bred story line on the popular New Zealand show, Shortland Street. The plot regarded a main character ‘struggling’ with the news that she is pregnant with a child who may potentially have with Down Syndrome. Rather than using this story to break down stereotypes, Shortland Street had another character – a male (of course) ostensibly in a position of complete power as both a Doctor and the father of the unborn child –  suggest that the female character have an abortion as the child will suffer and have medical issues.

This storyline sparked fury in young girl, Faith Chalmers-Wilson, and she and her mother took to Facebook page, Seeking Normal with the following powerful claim: “No one is perfect” they both wrote “Faith’s life is brilliant and living with Down Syndrome doesn’t define her.” I think this is a perfect statement, and shows that the pen is very much mightier than the TV show. Speaking out against ill-judged storylines that breed certain stereotypes is KEY to breaking down damaging ways of thinking and celebrating the fact that everyone is unique. Faith proves this herself by speaking so positively about her experience with Down Syndrome, “We totally rocked it and today I am 13 and I haven’t had a single problem with my heart since. Not even when I dance, sing and run around with my friends, my custom-made heart keeps up with me, no matter what.”

Faith’s comments here remind us that it’s imperative to remember that everyone should be speaking the same language in terms of equality, and on the same page in terms of celebrating inclusivity. Clearly, we are taking steps in the right direction. I was delighted to cast my eyes on an article in ABC news  about Sophie Bejek, a Syrian refugee who is, just six months after her arrival in Australia, training to become a lifeguard at Sydney’s beaches and pools. Bejek speaks of her passion to make Australia’s beaches multilingual and how it will, “Provide an opportunity to Australians to get a better understanding of who refugees are and how they can be beneficial for this country.”

Let’s not fall short of the mark. Let’s use the opportunities we have (that so many all over the world still do not) to keep educated, up-to-date and ultimately celebrate inclusivity and individuality.