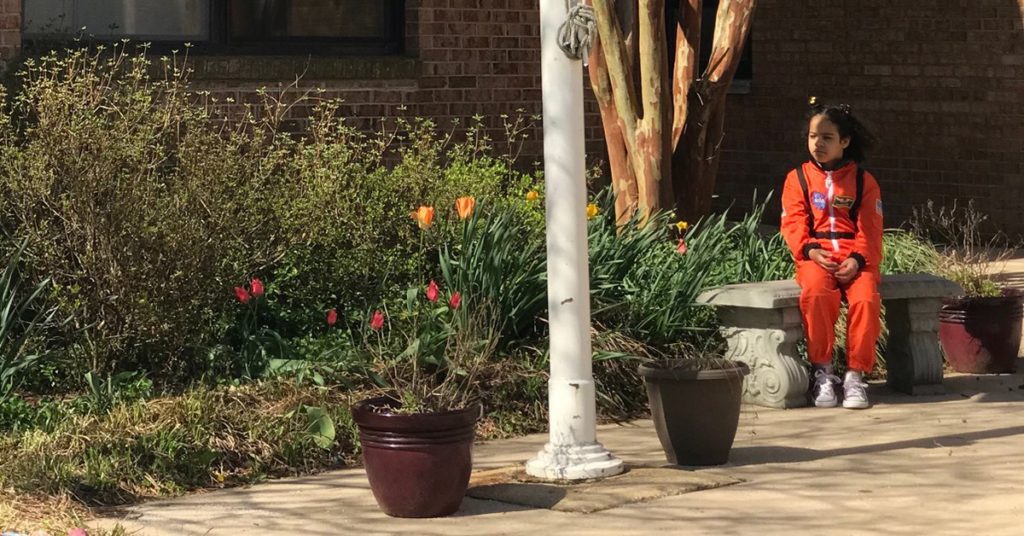 Havana Edwards: alone, but with us all. Photo: Courtesy Bethany Edwards

This little girl is everything to me. Havana Edwards has been called the bravest little girl of all time, a hero by many on Twitter, and been written up in Teen Vogue. What did she do? She used her feet to stand up for herself and her future by walking out and marching. Havana was the only one to walk out of her Washington D.C. school on Friday, April 20 for the National School Walkout to protest school violence. She went to the March for Our Lives, and started a book club at her school for black girls’s stories. She is active in the Black Lives Matter movement. She wore her orange NASA jumpsuit to the walk out because she is going to be an astronaut. She is seven years old. Let that sink in. I know grown women who won’t eat lunch in public alone for fear of the judgement. Her dedication to equality and passion for human rights are well beyond her years. Her bravery should make the establishment leaders quake in their boots and inspire the rest of us. Along with 11-year old Naomi Wadler, who spoke at the March for our Lives, Havana is a role model for our time. 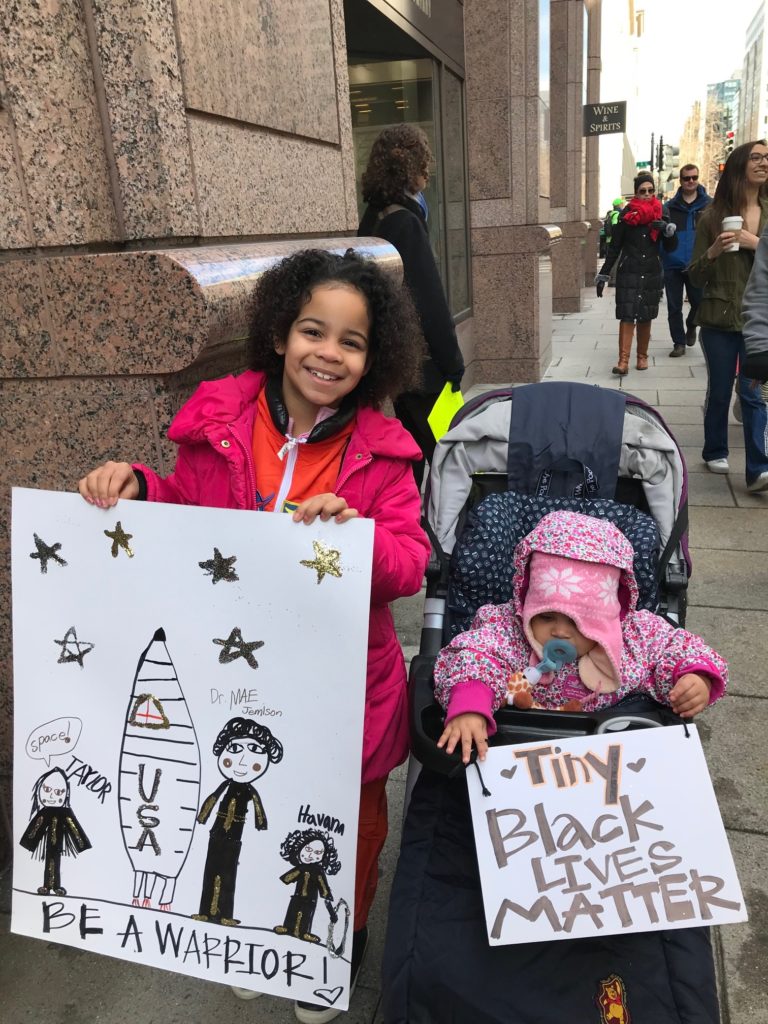 Havana Chapman-Edwards, left, attended the March for Our Lives in Washington, D.C., with her family on March 24, 2018. ABC NEWS