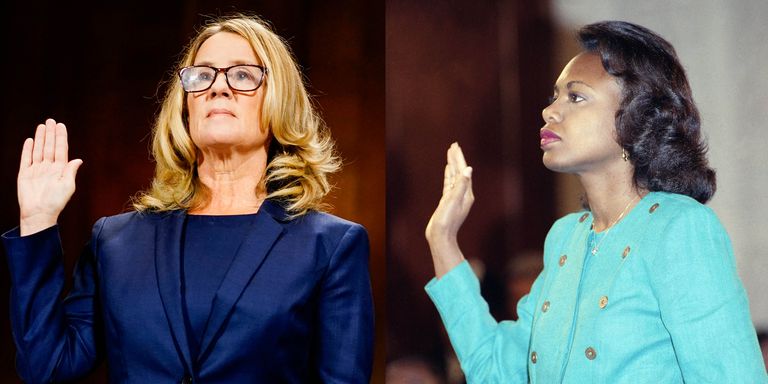 Rage is probably too light of a term for how millions of women (and hopefully men) felt watching the farce of a hearing for the US Supreme Court nominee Brett Kavanaugh this week. I know it was a palpable heat emanating from my temples. There have been many opinion pieces written about how rubbish the Senate Judiciary committee treated Dr.Christine Blasey Ford that have summed up exactly how I feel. We could be doing so much better, but lessons are rarely learned by those who are never held to account. And that committee never paid a political price for their treatment of Anita Hill, many of them are still there, so they just did it all over again. The Republicans were just as brazen as Kavanaugh—and presumably they weren’t drunk.

We have seen that experiences we have a girls/boys affect us for the rest of our lives, both they way we treat others and the ways we are treated. The enormity of the responses, the outpouring from women and girls saying #MeToo and laying bare of wounds upon the public and political altar was both empowering and so very distressing. This was summed up for me by the three teenage girls, Layla, Charlotte, and Jessica, who wrote an open letter to Dr. Ford in a Change.org petition, saying:

The poignance of being 15 and having to understand these things is not lost on any of us. There is no room for fear. We all must support each other, as we all have a story to tell about someone or something that happened to us. Whether you are ready to speak out now or if you never are, you can take quiet action by voting against those who support a corrupt and patriarchal process that privileges their own above all else— the boys club, who think that being boys excuses their behavior ad infinitum. No one is above the law, not even judges.

And a quick shout out to Freddie Oversteegen, a member of the Dutch Resistance during WWII, who died this month at age 92. As a teenager, she shot Nazis, amongst many other heroic and daring feats—’they seduced their targets in taverns or bars, asked if they wanted to “go for a stroll” in the forest — and “liquidated” them’. May we all be so brave in the face of evil.