A Girl in Constantinople 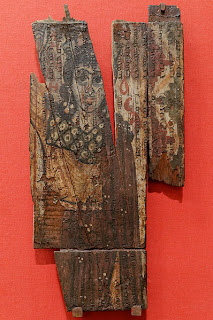 The Tyche of Constantinople: a woman wearing a turreted crown with a Greek inscription mentioning her as “the flourishing beauty,” i.e. Constantinople.¬†600 until 550 CE.
Louve Museum.
http://commons.wikimedia.org/wiki/File:Tyche_of_Constantinople_Louvre_E10878-10879.jpg
The capital of the Byzantine Empire, Constantinople (modern-day Istanbul, Turkey) was founded in 330 AD by the Roman emperor Constantine I. A girl in the Byzantine Empire would have spoken Latin until 700 CE, when the official language of the empire was changed to Greek. Christianity was the official religion of the Byzantine Empire. In 1053-54 the there was a split between the Eastern and Western churches in what is known as the Great Schism. Constantinople became the head of the Eastern Orthodox Church.
In the history of the Byzantine Empire there were two main sets of laws, Emperor Justinian I’s Corpus Juris Civilis (issued between 529 and 534), and the Basilica, which was a collection of laws completed around 892 AD in Constantinople by Emperor Leo VI the Wise (named after the work of his father Emperor Basil I). The Emperor Justinian gave women several rights, including the right to buy and own land themselves. At age 12 a girl was legally entitled to marry and write a will. Additionally, girls in the Byzantine Empire could choose to enter a convent instead of marrying. Basil the Great stipulated in his code of laws that they could only commit to a life in the church “at an age when wisdom is fully formed,” which meant at least 16 or 17 years old. All young people in the Byzantine Empire were considered subject to parental authority up to the age of 25, as long as their father or a grandfather was still alive and they had not been legally emancipated. A guardian could apply for a young person to be granted legal majority, or venia aetalis, early. For a girl this meant once she had turned 18. In civil law, only children over the age of seven received permission to be betrothed. ¬†
Girls in Constantinople had limited educational opportunities. Girls did not regularly attend school, but rather they were taught in groups at home by tutors. For most girls, the focus of their education was limited to learning to read and studying the Bible, and most of their time would be spent learning different domestic tasks in preparation for marriage. However a few royal girls, such as the Princess Anna Comnena were very well-educated. She studied a wide range of subjects including literature, science, medicine, and math, and she wrote the Alexiad, a historical account on the reign of her father the Emperor Alexius Comnenus. ¬†
There is very little information on what kind of clothing girls of the Byzantine Empire would have worn. ¬†Children in Constantinople probably wore miniature versions of adult clothing. The basic article of clothing for men and women was a tunica, a loose tunic. The tunica for women had a long skirt and long sleeves. The lower classes would have a tunica made of cheap linen or wool, the wealthy would wear brightly colored tunics made of expensive silk.
-Emily Holm
Junior Girl
Girl Museum Inc.