A Lesbian in the South Tells Her Story 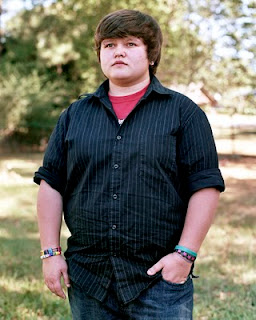 Photo by Laurel Golio for We Are the Youth
The United States has recently seen too many suicides by gay teens and young adults, which has made people more conscious of the bullying these youth face.¬† Some good projects have come out of these tragedies, including the ‚ÄúIt Gets Better‚Äù video series, and the ‚ÄúWe Are the Youth‚Äù photojournalism series.¬† Looking at the ‚ÄúWe Are the Youth‚Äù website, I was particularly struck by the story of Audri, a butch lesbian teenager growing up in Mississippi.
Audri talks about the usual torments from school peers, and how more traditionally feminine lesbians got treated much better than she did.¬† But what was interesting to me was how loving her parents were ‚Äì both her mom and her dad accepted her sexuality, and her mom even joined Parents and Friends of Lesbians and Gays.
I think the reason I find Audri so fascinating is because I take such a dim view of the South.¬† I grew up near New York City, in a pretty liberal area, where it‚Äôs a common assumption that Southern states like Mississippi are backwards and deeply conservative.¬† In the North we like to pat ourselves on the back and pretend that we‚Äôre a lot more progressive than those Dirty South folks.¬† After all, Mississippi isn‚Äôt always helping to deter this perception:¬† their state flag contains the Confederate ‚Äústars and bars,‚Äù a symbol of the four years that many southern states broke away from the U.S. and tried to form a new country based on the right to own slaves.
And yet, as Audri shows, people in the South can have pretty big hearts, especially when it comes to their children.¬† Her family reminds us that we all need to come together to support LGBT youth in spite of our prejudices, and that we need to examine our where our own communities fall short on acceptance.¬†
Audri makes a good point at the end of her story about why she doesn‚Äôt want to leave Mississippi.¬† She says that ‚Äúnothing ever changes when all the gay people leave.¬† And conservative people will never be used to a butch lesbian holding another girl‚Äôs hand, or two guys holding hands, if they don‚Äôt see it.‚Äù¬†
Here‚Äôs hoping Audri can stay strong and win people over in her home state!