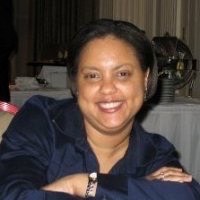 Because our culture doesn’t make them a priority, African-American girls don’t often get the chance to see people that look like them, and have lives like theirs in popular culture. Racism and sexism limit these images and also set up barriers for black women who want to create music, art, film and other culture that tells their stories. Despite this, music has been a space where African-American girls could find reflection, expression and connection.

In the early 20th century, the songs of blues singers Ma Rainey, Billie Holliday and Bessie Smith were about the struggles and joys they shared with everyday Black women working long hours to support their families, dealing with romantic relationships and pushing on through life in the face of racism. Sister Rosetta Tharpe is only now receiving the credit she deserves for pioneering rock and roll guitar. 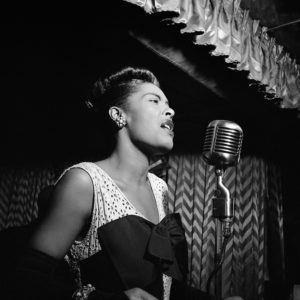 Josephine Baker in the 1920’s and Eartha Kitt in the 40’s both rose from rural poverty to achieve legendary status and international stardom on stage and screen combining musical and dance talent. The two included their identities as black women within their creative work by using their platforms to enable the success of their political activism. Baker, having permanently relocated to Paris, secretly helped the French Resistance of the Vichy occupation during WWII. Kitt openly took part in the Civil Rights Movement, protested the Vietnam War and was a supporter of LGBT rights. In the 1960’s Kitt starred as Catwoman on the popular Batman television series.

The Knowles sisters, Beyoncé and Solange, represent and reflect the leadership and centrality of young women in the new civil rights movement and Black Lives Matter while channelling the personal emotional lives of African-American women and girls in their music. On one level, Solange’s single, (feat. Sampha), “Don’t Touch My Hair,” is about one of the most common seemingly small, yet powerfully hurtful insults black women have to deal with regularly: the frequency with which perfect strangers feel entitled to reach out and touch natural black hair as if it was a curiosity. The music video suggests another, less literal level of meaning, a commentary upon the importance of hair for black women and their identity, self-expression and self-esteem.

When it was released in 2013, Beyoncé’s Formation song and video, featuring an interlude by bounce artists Big Freedia and Messy Mya, received as much attention for layered references to black southern culture, police brutality, Black Lives Matter (of which she and her husband Jay Z were active supporters) and still-recovering post-Katrina New Orleans. Commanding “all her chicks to get in formation” to dance and move together in sync, Beyoncé signals community and mutual support among black women and girls..

The 2016 independent film, The Fits, directed by Anna Rose Holmer, while being the rare case of a film focusing on a black girl’s experience, also shows African American girls’ connection with music and dance from an unusual angle. Like Beyoncé’s “Formation,” The Fits also calls upon a sense of community, sisterhood and belonging that is expressed through music and dance.

As the film opens, we see Toni, an 11-year-old black girl (played by actress Royalty Hightower) training to be a boxer alongside her older brother at the Cincinnati community centre where he works. The “fits” of the title has two meanings that connect with each other: the series of mysterious seizures that the older dance team girls begin to experience; and the desire and pressure to fit into the social group of girls built around the dance team.

While the parents in the neighborhood suspect an environmental cause for the seizure, the film suggests another cause related to the way that teenage girls bond with each other. At first, athlete Toni is out of sync with the exact movements of the established dance team members, and we feel as frustrated as she is as she struggles to master the steps. But as we see, her determination to be “fit” enough to qualify for the dance team is less about competition than it is about belonging, connecting, and being part of a community.

The Fits is not only important because it depicts music and dance and their significance from the point of view of a young black girl, but also because it was made in the spirit of collaboration and community that it represents. The production team collaborated with a real-life Cincinnati, Ohio dance team, the Q-Kidz who participated in the film as non-professional performers, and the film’s star Royalty Hightower, (Toni) is also a long time member of the dance team and shot the film at their home-base community centre. The remainder of the cast was recruited from the neighborhood surrounding the community centre. More importantly, the director and her crew consulted with Royalty and the rest of the cast about the situations in the script and their dialogue in order to check their authenticity and ensure that the filmmakers weren’t imposing their own imagined idea of what young black people’s lives are like.

For more information on The Fits, read this article by David Fear at Rolling Stone magazine. Discover more of Rana Emerson’s research here.