As part of our Alternative Girls exhibition, here are some extra interviews and reflections from women in the music industry. Up first is Tanyel Gumushan, who previously wrote for Girl Museum as a Take Over blogger about the Riot Grrrls. Gumushan is a freelance music journalist based in the U.K. Read on to hear her perspective of the music industry. 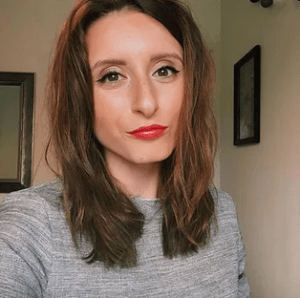 How did you get into music journalism?

When I was fourteen I made my own music blog, and named it after a song by The Smiths with a lame pun. I wanted to share all of the great songs I was coming across, and have an excuse to be nosy and ask the musicians some questions. From this I started writing for local publications and blogs, took up work placements and began building my contacts – that crucial word! I became the music editor of The National Student, and my confidence grew so I fired off emails to editors and picked up the phone with pitches. Now I am honoured to see my words, online and in print, in the likes of NME, DIY, Clash, tmrw, The 405 and Gigslutz.

What has been your greatest achievement so far?

I’ll always remember sitting at my best friend’s house when we were thirteen, flicking through her older sister’s copies of NME and declaring that it was our bible to being cool. When I got my first piece commissioned by the magazine, I remember letting out a small yelp on the train. It’s those moments where all of the email refreshing pays off because somebody trusts that feeling you have when you love a song, and wants to share it. That, and holding a magazine with my cover story on the front!

What are your hopes for your future and the future of the industry?

I hope to graduate with a degree in Media and Communication (Music Industries), and continue writing alongside work with the campaign that I’m working on, BAND ON!. I’m currently trying to encourage young people to engage with music and make the live music industries a safer place for them, and for venues. It uses the standardised wristband routine that exists at live music events in the UK, but involves the use of different coloured bands to signify the age of a gig-goer to discourage underage drinking and the use of fake ID – putting the focus back on the music, and venues’ safety. The campaign captures my hope for the future of the music industries where more young people support and engage with local music and collaborate creatively. I’d love to take all that I’ve learned in my experiences to work in digital marketing at a record label, where I can offer guidance, creativity and my crazed social media addiction.

Who within the music industry inspires you?

The pop goddesses of Charli XCX and Tove Lo are currently inspiring me to stand up against the norms in the music industries, by telling it how it is from within. Last year Charli released a documentary called ‘The F-Word and Me’ where she explored the relationship between feminism and pop. Tove Lo too, challenges her listeners to talk about subjects that are considered taboo and to embrace femininity in all of its shapes.  It’s great that many musicians are acknowledging the challenges in the industries and making an active change!