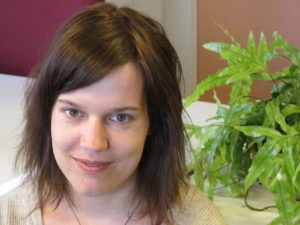 In Indonesia, the Southeast Asian archipelago with a population of over 260 million people, young women grow up listening to lots of different types of popular music. Alongside popular local and nationally produced music genres sung in Indonesian languages (such as dangdut, pop Indonesia and Islamic pop bands), they are enthusiastic followers of Western and South Korean produced pop music (K Pop).

Like other places in the world, Indonesian girls enjoy their leisure time, express their personal identities and create subcultures through tastes in fashion, music, novels, TV dramas and films. Islam is by far the largest religion in the country, with over 85 percent of the population identifying as Muslim. The kinds of music girls listen to and the artists they connect with offer a window into what it means to be young, female and Muslim in contemporary society.

Click on the names to listen to some Islamic pop music, Indonesian pop music and K Pop. In what ways do they differ? Do they have similarities? Is it like the music that you listen to?

Young women’s engagement with pop music and other forms of popular culture is influenced by wider changes in Indonesian society. During the three decades that strict President Suharto was in power (between 1966-1998), media and popular culture were regulated by the government, and Islamic organizations contained. After President Suharto stepped down, government regulation of the media is greatly reduced but has not altogether disappeared. Indonesia’s movement to a democracy (since the late 1990s) has also increased political freedom and allowed greater religious expression. In pop music, local bands in genres such as indie rock, punk and reggae created dynamic subcultures and promoted lyrics that were critical of Indonesian politics. At the same time, young Indonesians, who now rank among the most active Twitter and Facebook users in the world, have rapidly adopted new Internet and cell phone technologies.

Taken together, these developments have created new opportunities and pressures for girls when it comes to gender representations in pop music and beyond. Muslim girls encounter a range of different and sometimes contradictory messages about youth lifestyles, pop culture and appropriate behavior for young women. Compared to previous generations, girls experience a longer period of time between finishing school and marriage, while also exercising greater degree of independence due to better access to internet and cell phones. For some, there are increased possibilities for dating and socializing with boys, wearing tight clothes, and hanging out at cafes or student boarding houses especially in urban areas. Nonetheless, many girls are warned to dress modestly, guard their reputation, focus on school and not to have sex until they are married.

In the media and among more traditional Muslims who have become more influential in recent years, there are widespread worries about ‘free sex’ and ‘unsupervised socializing’ among young people, as well as the potentially corrupting influence of Western pop culture, including pornography on the younger generation of Indonesia. One example of this is the international controversy that developed in 2012 when Lady Gaga had to cancel her concert in Jakarta after pressure from strict Islamic groups.

Whilst strict Muslims are calling for greater control of the sexualized nature of music available in Indonesia, girls are able to creatively and selectively adopt a range of different aspects of pop music into their lives, some of which might have been unthinkable until recently. Although sex appeal is an important part of an artists’ image, it is not necessarily the most interesting element for girls. For example, many girls appreciate well-known pop Indonesia singer Agnes Monica first of all for her trendy and independent style that has led her to become successful overseas, rather than her sexy style. Although looking good and being attractive probably plays a bigger role for fans of Korean boy bands, some of the girls I asked about this were equally fascinated by the determination and years of training that lead up to the successful careers of some of the biggest Korean pop stars. 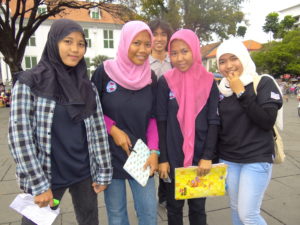 In the past decade, Islamic youth culture has generated a range of well-liked films and pop songs that explore values and desired paths of success in life. Some of these songs are part of the soundtracks of commercially successful Islamic films in Indonesia, including box office hits such as Ayat-Ayat Cinta (Verses of Love, 2008) about young people who overcome life’s difficulties through religious principles. Yet, exactly how young girls understand these songs are difficult to predict. Rather than seeing ‘Western,’ ‘Asian’ or ‘Islamic’ pop cultures as very different to each other, most girls quite easily mix aspects of each in their lives. Sixteen-year old Nisa, a high-school student in a provincial capital in West Java, is perhaps an example of this. Wearing a headscarf and trendy glasses, she insists on her love for Islamic pop songs, Korean TV drama and Japanese comic novels. The key, according to her, is to follow her curiosity, stay positive, and balance faith with fun.

Suzanne is a cultural anthropologist researching the implications of education and labor market changes for young people’s futures in Indonesia. She has previously written about youth and pop music in Indonesia.