Amal Azzudin and the Glasgow Girls 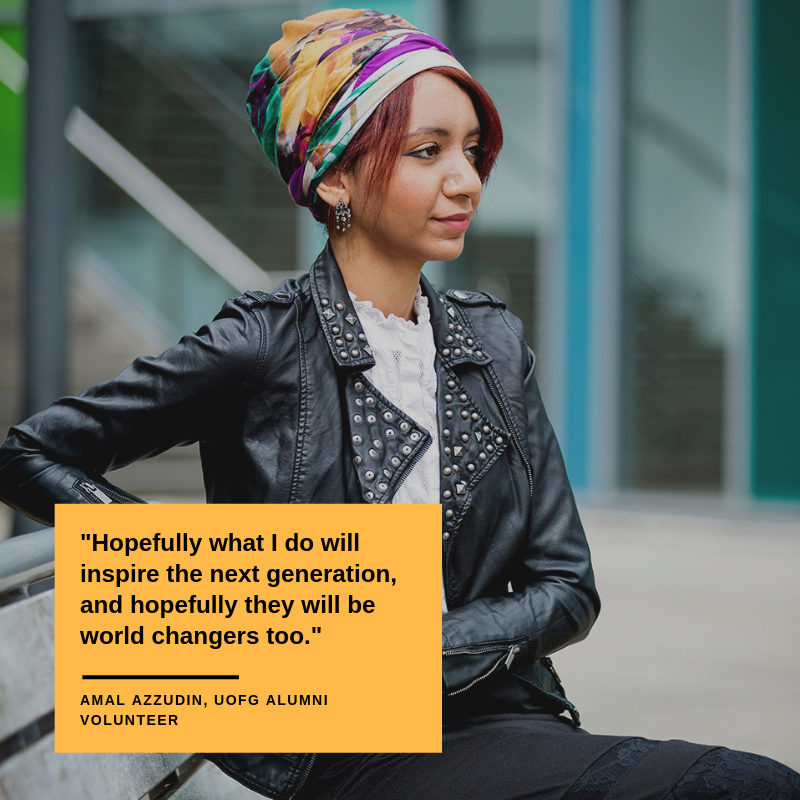 Amal Azzudin is an Egyptian-Scottish social justice activist. She co-founded the Glasgow Girls, a group of seven young women who fought against the harsh treatment that asylum seekers faced. The group was formed in response to the detention of one of their friends, in an early dawn raid; after public pressure mounted, the friend was ultimately granted leave to remain in Scotland.

Amal moved to Glasgow, Scotland from Egypt with her mother in 2000 and was granted permanent residency four years later. Her work with the Glasgow Girls helped to change the asylum protocols in Scotland. After finishing university, she began work with the Mental Health Foundation in Scotland, as an equality and human rights officer. In addition to supporting the mental health and well being of refugees using the arts, she has developed a mentoring program for refugees and asylum seekers in Scotland. She also speaks about human rights in schools as an ambassador for the Scottish Refugee Council.

Amal’s work on behalf of the refugee and asylum seeker community in Scotland cannot be understated. The Glasgow Girls turned increasing press attention into positive change, and Ama continues to aid the refugee community throughout her various roles after university. One snowball can create an avalanche, and Amal’s humanitarian focus is inspiring.