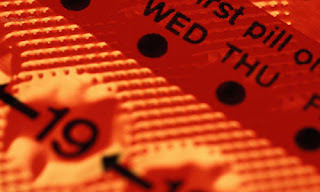 Image courtesy¬†http://static.guim.co.uk/sys-images/Guardian/Pix/pictures/2010/11/1/1288632535225/Contraceptive-pill-006.jpg
In what has been a very controversial decision, the National Health Service Trust for the Isle of Wight has started a new pilot program.¬† Emergency contraceptive services‚Äînamely, the ‚Äúmorning-after‚Äù pill‚Äîcan be given to anyone between the ages of 13 and 16 (16 being the legal age for sexual consent in the UK) but those under 16 cannot receive regular birth control pills without parental consent.¬† Noting the ‚Äúgap in the arrangements,‚Äù Dr. Jenifer Smith, the Director of Public Health at NHS Isle of Wight said that ‚ÄúIt is not for the health service to moralise on the rights and wrongs of underage sex . . . . ¬† A girl aged 13 to 16 could access emergency hormonal contraception whenever needed but would not be referred to the Sexual Health Service for counselling and a discussion about the longer term effects of their sexual activity such as sexually transmitted infections.‚Äù
In essence, the program allows for specially trained pharmacists to, after a private discussion about potential side effects and complications of hormonal contraception (including the morning-after pill), provide a one month supply of a progesterone-only birth control pill.¬† The pharmacist would also discuss sexually transmitted diseases and make a referral to the Sexual Health Service.¬† Additionally, after a week, there would be a follow-up by the pharmacist, and after 21 days, a follow-up by a nurse from the Sexual Health Service.¬† Anyone under 16 would be automatically referred to the Sexual Health Service, and if someone were to try and access the service a second time via a different pharmacy (without seeking an appointment with a GP), the individual would be contacted again.¬† Lastly, everyone using the service is strongly encouraged to talk to a ‚Äúparent or other responsible adult.‚Äù
The Isle of Wight NHS decided not to publicize this new program, presumably because of the outrage it would potentially cause.¬† Even so, an article in the Daily Mail was critical of the program, and was also, according to the NHS pharmacist interviewed for the article, highly inaccurate.¬† You can read his response here.¬† The Guardian also published an editorial with both sides being represented.
Though I am appalled that kids as young as 13 (and younger, sadly) are sexually active, denying them access to birth control will not prevent them from having sex.¬† And though condoms are available at any age for anyone to buy or access from the free condom distribution scheme available from Isle of Wight pharmacies, I think it’s unreasonable to expect or assume that one or both parties would want to use a condom.¬† The program is no substitute for parental involvement and sexual education (which are not substitutes for each other, either), but it’s a step in the right direction.¬† While providing assistance, it also offers some education and encouragement to talk to an adult.¬† And yes, in a small percentage of people, the pill can have serious side-effects.¬† But those side-effects are no different if you’re 13, 16, 18, or 30.¬† And though perhaps a 13 year-old is less inclined to look for the signs of a blood-clot, I’m not truly convinced a 16 or 18 year-old is much more responsible.
This program is a mixed blessing.¬† While it won’t solve teenage pregnancy by any stretch, perhaps it will lower the rate slightly, and hopefully it will educate girls about their options and the consequences of their decisions.¬† What I really hope for, though, is a breakthrough in allowing girls to be sexually responsible‚Äîwhatever their age‚Äîwithout the stigma that so often goes along with girls and sex.
-Katie Weidmann
Junior Girl
Girl Museum, Inc.
DONATE NOW