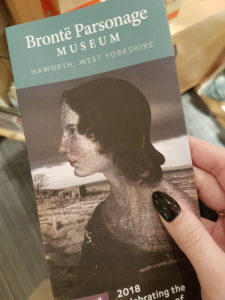 Everyone has a favourite writer; one whose characters come alive for you no matter how many times you’ve read their words. Mine is Emily Brontë, with Wuthering Heights forever having a special meaning to me.

Emily was born on the 30th July 1818, making this year the bicentenary of her birth. She was born in Thornton, a small village on the outskirts of Bradford in West Yorkshire. The Brontë family lived here until shortly after the birth of Anne in 1820, when they moved to Haworth, West Yorkshire. Now how lucky am I that I live 20 minutes away from my literary idol…!

Despite her now being known around the world, Emily only released this one novel and passed away from tuberculosis one year after the publication of Wuthering Heights. As with many authors who became far more celebrated posthumously, we unfortunately do not know much about her general life outside of her family and the parsonage. 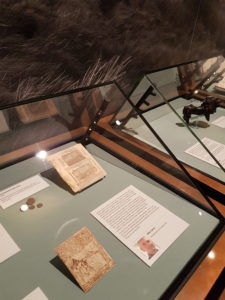 The reason why I am, and always have been such a huge fan of the Brontë sisters but Emily in particular, is that her infamous character of ‘Cathy’ always seemed like a form of anti-heroine to me. She was strong willed and wild, which I’m sure it can be argued that there are other examples of these traits throughout classical literature, with the works of Jane Austen and such. However, for me the idea that the end of the book wasn’t happy resonated with me. The story is messy, both parties let pride and spite get in their way and everyone ultimately made terrible decisions. This seemed much more realistic to me; life is messy. We may not always feel as if we’re on the ‘happily ever after track’ and to see that written down made me more comfortable with that. For me Emily gave me a form of independence, life wasn’t always about the perfect ending. I could be and experience whatever I wanted.

Now I know you’re all confused since the story centralises on the love between Cathy and Heathcliff, but it was a combination of her writings and the fact she as an author was a woman in a heavily male dominated world that made me realise I could stay true to myself.

I was fortunate enough to receive an invite to the launch of the Making Thunder Roar bicentenary exhibition at The Brontë Parsonage Museum back in February. While there is usually a permanent exhibition to the writings of all of the Brontë sisters, including their original pseudonym signatures which I’m personally obsessed with, this particular exhibition focuses on Emily herself.

Making Thunder Roar includes a few of her personal possessions, including extracts of her (tiny) writing and some artwork that she had made through her life as well. The rest of the exhibition is made up of some responses to her work from other prominent British women including Helen Oyeyemi and new museum Creative Director Lily Cole. This was particularly lovely to me, as it was a way for me to see how the work of Emily has affected others in similar ways to myself.

Her free spirit and incredible writing will stay with me forever, and I’m sure I have hundreds more re-reads of the book to go. So, we ask. Who’s your favourite author, and what do they mean to you?