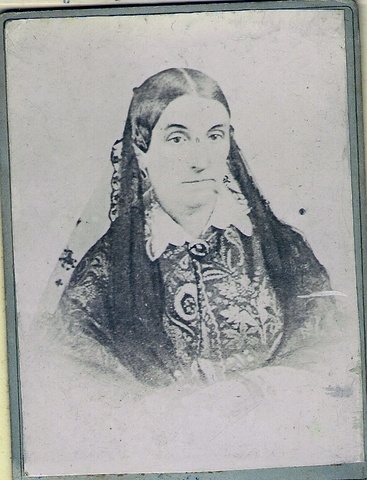 In Peru in the 1830s, wealthy families maintained their social prestige by placing a son in the military, a son in the seminary and a daughter in the convent. It was for that reason that the 14-year-old Dominga Gutiérrez was forced to enter the St. Teresa Convent in Arequipa, Peru by her mother. This was the richest convent in Arequipa and bestowed a great deal of respect upon her widowed mother, but it was also one of the strictest convents in Arequipa. While the nearby St. Catherine Convent held dances for the nuns to party within the confines of their cloister, nuns at St. Teresa awoke at 4a.m. every morning to begin their prayers.

Gutiérrez could not acclimatize to life at St. Teresa. She became depressed and despondent within the convent, however her mother forced her to take her full vows and remain at the convent. After several failed attempts, Gutiérrez formed a successful plan to escape her life at the convent. With the help of her two ladies’ maids, Gutiérrez received a corpse of an indigenous woman. Late one night the women disfigured the face of the corpse so that it could not be recognized, laid the corpse in her bed, and lit it on fire. The three women escaped the convent under the shelter of the dark, where Gutiérrez made her way to her uncle’s home.

When the nuns found the corpse, they assumed it was Gutiérrez. Her family held an elaborate funeral with the body. Gutiérrez planned to hide in her uncle’s home until she could safely escape, but she was discovered there a short while later. A religious litigation ensued, because Gutiérrez had abandoned her vows and defaulted on her faith. Due to the religious nature of the case, Arequipa authorities did not interfere with the case.

Eight years after the incident took place, the case reached Pope Gregory XVI, who annulled her vows to the Bishop of Arequipa. In his decision he did not nullify her chastity vows. Emotionally and financially exhausted, Gutiérrez escaped the judgement and persecution she faced in Arequipa and moved to Lima. There she lived a rather typical life, where she met a man and had a child with him. However, she could have begun this chapter of her life sooner if Gutiérrez’s mother had respected her young daughter’s wishes to live a life outside of convent walls.