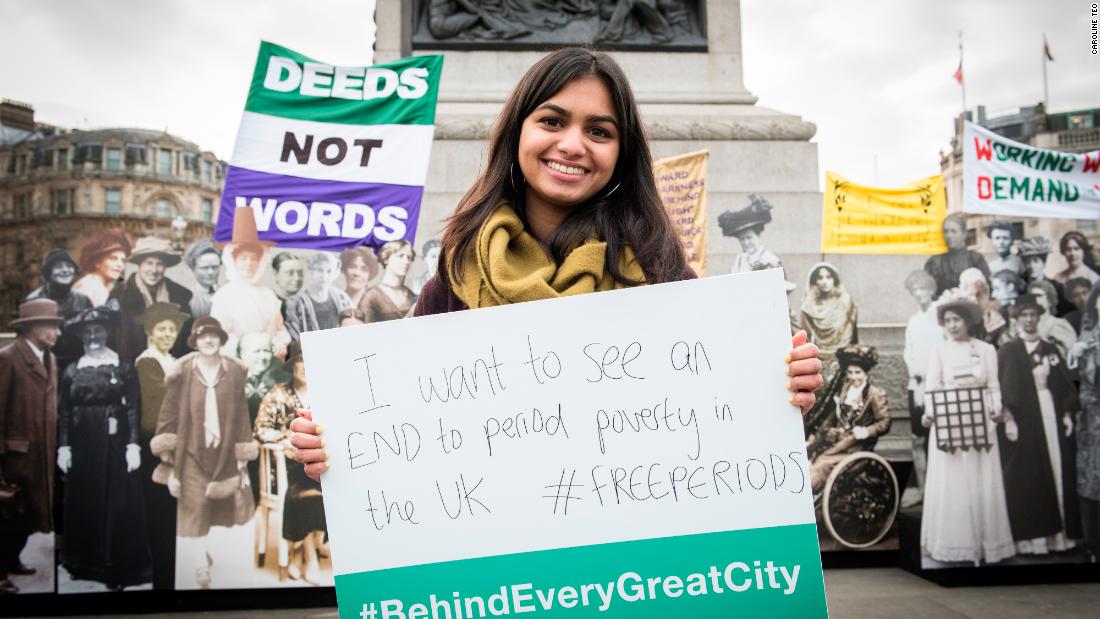 Amika George is the founder of the the #FreePeriods campaign. The campaign fights for the UK Government to supply low-income children with menstrual products.

A graduate of Cambridge University originally from north London, Amika George started #FreePeriods in 2017, when she had read that the charity Freedom4Girls had redirected menstrual products heading to Kenya to Leeds, as one out of every 10 girls in the UK are unable to afford sanitary products. While she expected the government to step in, they didn’t, so she initiated a protest outside Downing Street that year with speakers including Suki Waterhouse, Daisy Lowe and Adwoa Aboah, as well as MPs like Jess Phillips and Paula Sherriff.

The movement gained traction, and Philip Hammond, Chancellor of the Exchequer, had announced that the government would start providing free sanitary products in English schools. It now states on the gov.uk website that ‘learners at all state-maintained schools and 16 to 19 education organisations in England will have access to free period products in their place of study’ from January 2020.

We consider her an important Girl Activist, as she recognised an issue that is often kept quiet, still considered taboo to talk about periods. Amika George saw the inequality in the UK for girls to not have access to menstrual products, and the consequent issues of girls staying out of education while they are on their period. The #FreePeriods campaign and Pink Protest movement has made a huge impact in recognising period poverty in the UK.