Guest Blog: With My Feet on the Ground 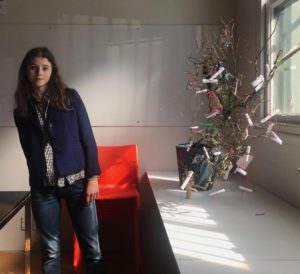 This year alone I’ve lived the lives of four different girls (as well as being myself for some of the year), all with a different story to tell. At the beginning of the year, I played a young Jewish girl called Elsa, hiding away from the Nazis with the help of a young German boy and his courageous mother. As Elsa, I spent a lot of time in Prague visiting synagogues, exploring the Jewish Quarter and cemetery, and walking around a concentration camp called Theresienstadt.

Next I spent two days as a wise young girl named Philippa, who’d been married off by her father when she was 12, to become the Queen of Denmark at the age of 13. Philippa felt the pressure to set a good example and stand tall, speaking calmly but surely. The time Philippa and I spent together was focused on trying to warn her brother King Henry VI, protecting him from being coerced by his advisors. 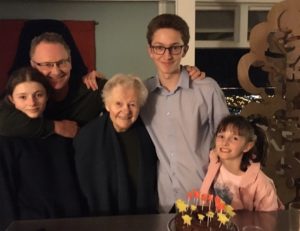 Then I was in Australia as a 17 year old Irish girl named Mary, who was mother to a baby boy named George and pregnant with her second child. She had left her family and Ireland for a better life in Australia, eventually falling in love with an Irish outlaw named Ned. In the end Mary had to try and convince Ned to escape the police and move to Australia with her, forcing him to choose between her and his mother.

Now I’m getting to know Sherre, a girl who’s lost her sister to a violent crime, and has lost her mother to grief and isolation. Together we’re reaching out to other women suffering similar loss, and speaking out about the police’s unwillingness to act.

These films have all posed very different acting challenges in terms of research, preparation and reIationship-building. What they all have in common is an immersive approach – I need to stay in role and stay connected to the character’s journey and thinking, whether I am on set or off. This can have an effect on my own life. 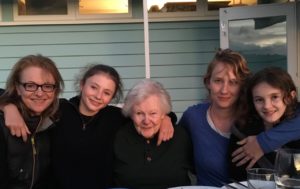 I rely on my friends in New Zealand to keep grounded and to stay sane. Many of my friends are people I started school with at age 5. We all have different passions and personalities and although even though I rarely get to see them, we retain a deep bond. That friendship has been a foundation for me to have the courage to chase my dreams.

Although there are challenges that come with dipping in and out of other worlds and minds, living the life of so many girls has helped me build my own personality and aspirations. As an actor, I get to experience things that I wouldn’t be able to in my own life.

18 year-old Thomasin McKenzie’s breakout role was as Tom in 2018’s Leave No Trace. She’s also starred in Shortland Street and Lucy Lewis Can’t Lose. Thomasin was born in Wellington, New Zealand, and is the daughter of actress and acting coach Miranda Harcourt and director Stuart McKenzie, and the granddaughter of Dame Kate Harcourt. Thomasin has several films currently in production.