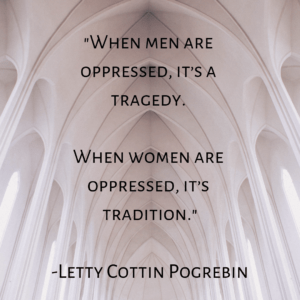 First World problems are a thing. We joke about it. Third world problems are a thing too and are no joke. For almost 3 years, I have been living in Laos PDR. It is an interesting place, with an enormously problematic past, a precarious present and an uncertain future. For girls, gender roles are simultaneously very traditional and a tiny bit progressive. The complexity of a country with a re-created past, with a population that is both unaware of it and wouldn’t care anyway, is hard to interact with–especially as a museum person, a historian, and someone who values what has happened as a way to learn and make better choices in the future. Much of the world does not do this or even consider it. However, the United States is very lucky the Laotian people just get on with life, as they have the right to grievances and reparations for not-so-long-ago war crimes that continue to affect daily life today.

For me, it just didn’t work. I saw things I could not change or even mitigate. I tried to find ways around what I thought were the issues to find even more difficult issues beneath. But most importantly for me, I could not raise my child in a progressive way. He was coddled, and constantly adored by strangers. My son was told cooking and sewing were for girls and to not wear that pink shirt. I read in the newspaper about a young man who chose embroidery and sewing as a career and had to publicly declare that this was a valid choice, even though he wasn’t a “lady boy”. I was told girls aren’t strong or smart or expected to understand or fulfil roles that are meant for men. Yet there are girls in the Army. Girls go to school and there are women in the government, some with relatively high positions. Girls drink and smoke and stay out late, in the city mostly, but still. Not that these freedoms are necessarily that great, but they exist.

Laos is not sure how to proceed. There is a huge importance placed on education, but it seems to be as much lip service as it is only for a select few. An educated population is an unsatisfied population. Education breeds ambition, ambition leads to competition. How does this work in a Communist country? It exists, but it is tightly controlled. I was in Laos when the Women’s Marches happened around the world, but not there. This is not permitted. I have watched as the West has shown its true colors in terms misogyny, xenophobia, and its praise of reactionary ignorance. It has been devastating, but not shocking. It was just beneath the surface. Now we have to reflect on what has happened, the psychological rule of the few. Will they succeed in turning the world around? They may already have. But for women and girls, little ever changes without a fight.