In avant-garde Greek music we trust 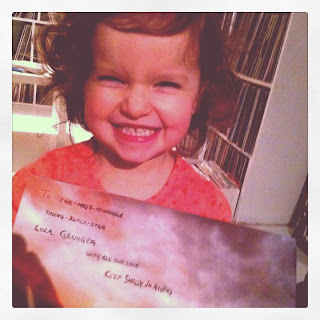 Detached from the Greek music scene for as long as I remember myself listening to music, I am more of a committed admirer of international music waves. From time to time, though, the few remarkable exceptions are worth mentioning. Being my recent explorations, I would like to introduce you to three interesting cases, originated at large by the innovative spirit and abundant talent of three young women.

Keep Shelly in Athens is an electro-chillwave band, formed by the producer RPR and the amazing vocalist Sarah P. Since 2010 their production rhythm has been quite prolific and their live performances have been extensive in Europe and US. Due to the Internet hype the band turned quickly into the buzz of the town, with rave reviews and comments like ‚ÄúThey’ll make you happy to feel sad‚Äù by Paul Lester of The Guardian. Their videos are known for their artistic sense and masterful formation.

Marietta Fafouti is another example of gaining publicity and recognition via the Internet. Her debut album Try a Little Romance (2010) and especially the song ‚ÄòDon‚Äôt stop‚Äô stood out for its sensational melodies and vocals. Marietta Fafouti is also one of the members of Bankit.gr, an online resource for various art forms as well as a collective forum for creative people.

Last but not least, the multi-talented Nalyssa Green. Theremin (I was under the impression that only Sheldon could play the theremin!), percussion, guitar, keyboards, and accordion are only some of the instruments with which she accompanies her intimate story-telling songs. Reading about her personal influences (the Gossip, Fiona Apple, Cocorosie, Joanna Newsom, PJ Harvey–an all time favourite, White Stripes, Warpaint, and Velvet Underground, to name a few) I came to understand why she is a particular and out of the ordinary ‚Äòkind of girl.‚Äô