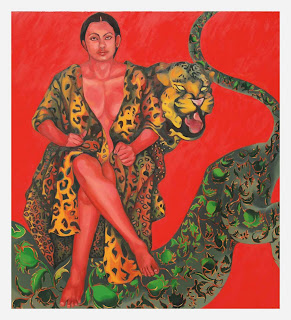 Swapna Biswas
Art is a means to express oneself. It does not deal with the absolute, but with the perception of the artist based on what he or she feels about society. Art encompasses a wide range of creations and expressions such as music, films, photography, literature, paintings, and sculpture. It‚Äôs difficult to define art in a simplistic manner. Art can mean different things to different people.
The earliest recorded evidence of women artists can be roughly traced to Classical Greece where Pliny the Elder talks about the existence of women artists and has laid special emphasis on Helena of Egypt. Since then there has been no looking back. Throughout the ages women have contributed to the development of arts but their contribution has always been sidelined. As a subaltern group, not much had been written about them.¬†
However, with the waves of feminism which washed the shores of the 20th century, the subject of women artists and depictions of women in art breathed a new life, and thanks to the efforts of Judy Chicago and Miriam Shapiro the world finally woke up to the contribution of women in art. The feminist art movement talks about art by women artists that reflects the lives and various experiences of women.
Swapna Biswas, a recipient of the 2007 Elizabeth Greenshields Foundation Award in Canada, is a 27-year-old contemporary artist from India who has used the canvas as a medium to portray her experiences as a young girl and a woman. Swapna completed her masters in painting from Kala Bhavan, Vishwa Bharati, Shantiniketan in 2008. She has several national as well as international shows to her credit. Her works were a part of ‚ÄúThe Pop Up Show‚Äù at the IMA Foundation, London in 2010. Back home she was awarded a scholarship by the Government of India in 2007-2009.
A cook of grade one and a graceful host, Swapna offered me a generous bowl of home cooked payas or kheer (a dessert made of rice and milk). She is pursuing Masters in museology from Maharaja Sayajirao University, Vadodara where she is currently based and working. She has also acted in a bengali-telugu movie named Prithvi directed by Sisir Sahana, as well as being a trained singer.
The following interview with Swapna gave me a sneak peek into an artist’s mind. 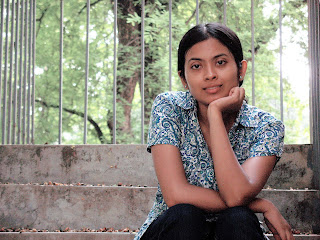 Swapna Biswas
Q. ¬†Swapna, how do you see yourself as an artist?
¬†A. My work represents duality in a feminine aspect. As an artist I have explored the relation between the psychological state of mind of a young girl and the society.
¬†Q. Can you throw some light on the human animal symbolism used in your works?
¬†A. ¬†Humanity and animalism are two states of human mind. I have used leopards, tigers, snakes, etc. to express vulgarity, sexuality, and ferocity which are animal instincts beside a self-image representing humanity with all its sensitivity, tenderness, love, and emotion. Animalism on the other hand is also all about violence and destruction, which again is inherent to humans as well.
¬†Q. Taking it to another level, is not this symbolism a metaphor for the feminine and the society at large?
¬†A. Definitely. In my works the self-image is often shown lying expressively or provocatively. From the time immemorial to the present times the female body is just considered as a tool to satisfy the male lust and aggression. Rape, domestic violence, eve teasing, trafficking, molestation, etc. are some of the ways in which these urges are manifested. The animals in my paintings are also a metaphor for these violent forces of society.
¬†Q. What about the flowers and jackfruits?
¬†A. I have extensively used flower motifs in my painting that symbolize the feminine. I grew up in Bengal and the garden of my ancestral house had many jackfruit trees. As a kid I was always fascinated with jackfruits. Later I incorporated them in my paintings. Jackfruit, I believe, is a symbolic of duality in the nature of human beings. The exterior is rough, brittle and thorny but the interior is soft and sweet. The society creates violence and at the end of the day it‚Äôs the society itself that suffers. The human psychology is a very mysterious and a dynamic attribute. 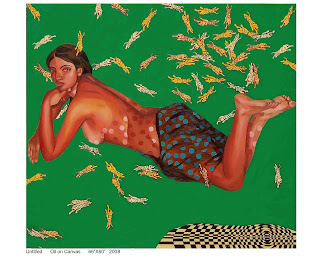