Men are Men, but Women are Girls 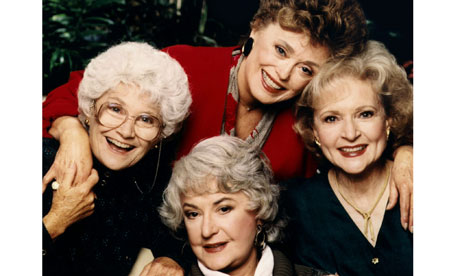 Language is a funny thing. ¬†Words often carry connotations and subtle meanings we don’t think about on a daily basis, but can greatly affect our language choices and how we interpret things. ¬†These subtle clues and changes in definition may prompt you to think “that’s why we have thesauruses” (thesaurusi?), but sometimes the societal overlays cannot be captured strictly by a thesaurus.

Take the word “woman” for example. ¬†Woman, as defined by a dictionary–the one built into my computer’s operating system, in this case–means “an adult human female.” ¬†Simple and to the point, no? ¬†It does go on to expand the definition in a variety of ways (employment, role, duties, etc.), but in it’s essence, a woman is an adult human female.
On the other hand, “girl” has two definitions. ¬†First is “a female child.” ¬†Second is where our potential confusion enters: “a young or relatively young woman.”
What’s wrong with “woman?” ¬†Or “young woman?” ¬†Well, I can’t speak for everyone, but connotations have been formed, and, according to¬†Carolyn Bronstein, the author of Battling Pornography: The American Feminist Anti-Pornography Movement, 1976-1986,¬†”Girls are young and sexual and pretty and focused on their bodies and focused on attracting people of the opposite sex. A girl doesn’t have to take things so seriously.” ¬†On the other hand, Bronstein adds,¬†”Woman carries the image of an older, strident, militant kind of feminist presence that is, in popular culture today, frowned upon.” ¬†In short: “Woman just weighs heavily, and girl is light.” ¬†Additionally, every time I’ve heard the phrase “young woman” used, it’s generally condescending.
Hollywood has certainly picked up on this trend. ¬†There were the Designing Women, but mostly¬†we’ve seen the girls of Sex and the City.¬† Once upon a time there were Two Guys, a Girl, and a Pizza Place¬†(eventually losing the pizza place); the mother-daughter duo of the¬†Gilmore Girls;¬†Gossip Girl¬†is still talking about Manhattan’s elite; and reality show The¬†Bad Girls Club¬†is still running. ¬†And who can forget about The Golden Girls? ¬†Those four feisty women showed that, at least once upon a time, being over the age of 50 and widowed or divorced was not all bad. ¬†This fall, all those girls will be joined by¬†New Girl, 2 Broke Girls, and on HBO, plain ol’¬†Girls.
Now, I haven’t seen these shows, and all I know about them is what I’ve read (which honestly, isn’t much). ¬†But before I saw anything about these shows beyond their titles, I could have told you that they are all about women in their twenties, who are attractive, and primarily in-and-out of relationships (with equally attractive twentysomething men). ¬†Why? ¬†Because they are about “girls,” “not women.” ¬†And apparently, women aren’t fun-loving, attractive, or interesting.
To be fair, I don’t know how accurate my interpretation is, but since “friends” isn’t a practical name for a sitcom, something else had to be used. ¬†So why girl? ¬†Because it’s marketable. ¬†Most females in the demographics that networks are aiming for seem to refer to themselves as girls (or are at least assumed to). ¬†I know I’m guilty of that, and I know I’m not alone. ¬†I don’t inherently see anything wrong with choosing to be labeled a girl over a woman, but I am sad that the word “woman” seems to carry a stigma.
“Men” and “man” don’t face the same issues, though “boy” can range from mildly insulting to extremely offensive, depending on the circumstances. ¬†But men are lucky. ¬†They not only can be “manly” or “a man’s man,” but they can also be a “guy” or “one of the guys.” ¬†Women don’t have such a luxury, or a surfeit of terms. ¬†As “Grammar Girl”¬†Mignon Fogarty¬†says,¬†”It would be nice to have a female equivalent of ‘guy,’ […] I suppose it would be ‘gal,’ but that sounds quite antiquated.”
-Katie Weidmann
Junior Girl
Girl Museum Inc.
DONATE NOW