Pink for Girls and Blue for Boys 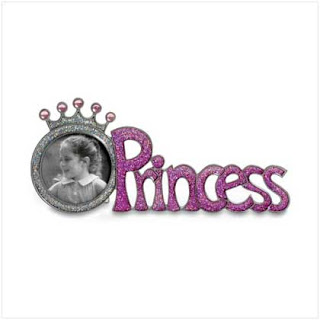 Image via¬†http://www.freewebs.com/itemsforless/
I work in a sandwich shop, which isn’t exactly a glamourous position in the best of times, and certainly not where I planned to end up after two university degrees.¬† Between the economy and a variety of woes‚Äîat least some of them self-inflicted, I must admit‚ÄîI remained primarily unemployed until I permanently relocated to England last year.¬† After three years of living with my parents, volunteering, and doing a few temp jobs as they came up, I managed to land a job here in England less than a month after settling.¬† Granted, it’s in a sandwich shop, it’s only part-time, and the pay is minimal, but at least I’m employed.¬† Being employed in any form is better than not at all, and volunteering and other activities keep me engaged with things I do enjoy.
What is interesting about my work is watching people interact with others, reject stereotypes, and, all too often, reinforce stereotypes.¬† Being the only American in the area, I face a lot of stereotypes every time I go into work, but what frustrates me more than reactions to my accent is how some people respond to gender.¬† It’s particularly noticeable with mothers (or grandmothers) and their children, although I’ve seen it in fathers as well.¬† The people who absolutely must have the gingerbread with the pink buttons for their daughter, or any color other than pink (or lavender) for their son, really make me crazy, and not just because I have to pick through all the baked goods to find the ‚Äúright‚Äù colors.¬† I recognize that it’s not a big deal in the grand scheme of things, but on the other hand, it makes me wonder‚Äîand worry‚Äîfor the other stereotypes that are being passed along or reinforced by the parents.
I’m all for girls liking pink and boys liking blue, but I’m also all for girls liking blue and boys liking pink.¬† To be fair, I’ve never been partial to either color‚ÄîI’m more of a red, purple, and black sort of gal‚Äîbut watching people dismiss items because they don’t meet some sort of prescribed color scheme doesn’t make sense to me.¬† I’ve actually seen a woman refuse to buy a toy for her daughter because ‚Äúmy daughter can’t have blue.‚Äù¬† How she found a toy targeted to a girl that wasn’t pink (a pastel blue Disney Princess scooter in this case) was beyond me.¬† Don’t believe me?¬† Go to Toys ‚ÄúR‚Äù Us and walk along the front, looking up the aisles.¬† You’ll know when you find the ‚Äúgirl‚Äù toys: you’ll be assaulted by an aisle or two of nearly solid pink.¬† Even more, it’ll consist mostly of dolls: if you go to the ‚ÄúGirls’ Toys‚Äù page of Toys ‚ÄúR‚Äù Us’ American website, the title of the page is ‚ÄúDolls and Stuffed Animals ‚Äì Barbie and Twilight.‚Äù¬† I’m fine with girls playing with dolls, and even playing mommy, though that was something I never had any interest in (I beheaded all my dolls after stripping them naked, and Barbie wasn’t allowed in the house).¬† And I loved‚Äîand still love‚Äîstuffed animals, which I think are fabulous for both genders.¬† But don’t get me started on the Twilight phenomenon (a movement that could potentially set feminism back 30 years, and is wholly inappropriate for young girls).
What I truly don’t understand is why, when toy companies, marketing executives, and the media are already blatantly pushing so many things onto children, so many parents just go along with it.¬† If you daughter likes pink of her own volition, great!¬† And if you like pink, I can understand why you would lean toward items that are pink (should I have children, they will have many hippos, because *I* like hippos).¬† But why would you make a concerted effort to procure pink items for a girl if she nor her parents have expressed an overwhelming interest in the color?¬† Ease?¬† Because she’s ‚Äúsupposed‚Äù to like pink?¬† It may only be a color, but I still worry that a few steps down that path is a ‚ÄúFuture WAG‚Äù shirt, thong underwear on a 12 year old, or even teen pregnancy, which is now being glorified.
Maybe I’m overreacting.¬† I probably am; this isn’t a new occurrence by any means, I just see so much more of it by dealing with the public every day.¬† Even so, I still worry about the standards being set, and wonder if I’m the only one who’s concerned.
For more reading on historical and scientific studies of pink and blue, check out ‚ÄúShould we not dress girls in pink?‚Äù and ‚ÄúBoys like blue, girls like pink ‚Äì it’s in our genes‚Äù.