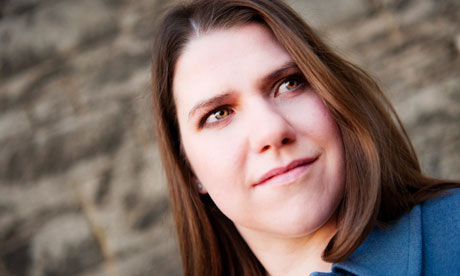 Jo Swinson started campaigning on the issue of body image anxiety long before she entered government.
Photograph: Linda Nylind for the Guardian
http://www.guardian.co.uk/lifeandstyle/2012/dec/27/women-weight-minister-jo-swinson
Well, it‚Äôs January and that means one thing: detox time! That is if you believe the magazines which are currently full of detoxing and dieting tips. The sight of magazine covers promising health, vitality and‚Äîmost of all‚Äîthinness, feels as familiar in January as Christmas trees do in December.
I can only hold up my hands in despair. It is all so dull. The same narrative, every single year. December is a time of festivities for most people, so maybe it‚Äôs not surprising that people use January as a time to get back, or start, on the treadmill, improve their diet, or otherwise make improvements to their life. There isn‚Äôt anything wrong with that, of course, provided these are genuine lifestyle changes and not a quick fix or fad to squeeze yourself into a particular model. The issue I have with women‚Äôs magazines is that the image they perpetuate is of a particular type. Jo Swinson, the UK‚Äôs Equalities Minister has recently criticised the media for focusing on this ‚Äúso-called ideal which is very, very slim, generally very, very young as well.‚Äù
In the same interview however, Swinson called on women to do more to help each other ignore media pressure to be thin, saying that ‚Äúwhen your sister or your friend is standing there and moaning about whether she looks really fat, and actually she looks gorgeous, tell her so and support each other. Very often this kind of criticism, and self-criticism, is something which goes unchallenged and I think there’s a resolution there for everyone to challenge that default setting.‚Äù
Very often? Really? I can‚Äôt recall a single time being in a group of women and myself or someone else making a comment about how fat or unattractive they are without it being challenged. Sometimes these conversations turn into a positive affirmation of how we all rock; other times it can develop into a bit of a shame spiral. ‚ÄúYou think your thighs are chunky? Check these out!‚Äù and so on. ¬†Obviously, this kind of talk is extremely unhelpful, but I‚Äôm not sure that that is quite what Swinson is talking about.
Women definitely need to support each other and remind themselves that being a little bit chubby after Christmas really isn‚Äôt the end of the world, but I‚Äôm not sure that Swinson is right in her belief that women just accept self-criticism from other women. In any case, if you are embarking on any kind of detox program this January, I hope that you are doing so with a genuine wish to improve your health and not as a quick-fix.
-Sarah Jackson
Junior Girl
Girl Museum Inc.
DONATE NOW