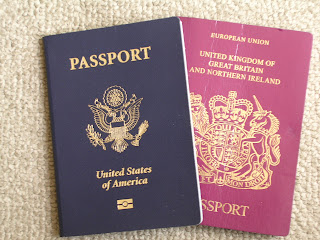 Katie Weidmann
To celebrate the 90th anniversary of the 19th Amendment to the US Constitution, I was asked what it means for me to have the right to vote. I’ve been thinking about this topic for a week or so now, and, as of writing this, I’m still not genuinely sure what it means for me to be able to vote.
There are certain things in my life that I’ve always taken for granted. I would go to university, where I would major in something interesting, not something that makes money (Check. I’m definitely not making money off my education). And I would vote. I could make grand statements about how my historian parents raised me to believe in and fight for [fill in the blank with your own noble sentiment], and while I suppose that’s not untrue, mostly they raised me to have and fight for my own opinions and beliefs. This included voting, in federal, state, and local elections.
Admittedly, it was expressed more in the terms of “when you’re smarter than everyone else, it’s your responsibility to try and keep the idiots out of office,” (my family doesn’t tend to suffer from modesty, false or otherwise). The other arguments they made were more noble, and hearkened to duty, citizenship, and fellow man. These are also more or less the same arguments about jury duty, another requirement of citizenship, except that good arguments notwithstanding, I had a final exam in another state the day I was called to jury duty. I am probably one of only five US citizens disappointed that they were unable to serve on a jury.
What my parents were trying to teach me is that it’s an honor to be a citizen, but citizenship has its responsibilities. Yes, jury duty can be drag (or so I’ve heard. I don’t know anyone who has served on a jury, as they all seem to weasel their way out of it). Yes, the candidates’ television ads can be irritating and obnoxious, but the end result, though, is that we choose who will represent us, who will write our laws, and who will stand for us on the world stage. For that reason, voting is important to me, not as a woman, but as a citizen.
In recent months, this has been made more clear. Though I am and always will be a US citizen, I now reside in the United Kingdom. I am not a citizen here, though I hope to become one in a couple of years. While I have access to many of the benefits available to citizens of the United Kingdom, the right to work, National Health Service, National Insurance‚ one of the privileges I do not have is the right to vote. I was ambivalent about that; I’m passionate about US politics, and I’m not sure I have the heart or energy to be passionate about politics in two different countries, especially when I’m still trying to figure out how representation works here. But it becomes frustrating when new laws and policies apply to me, yet I have no say in them.

To vote for someone and have his or her opponent elected is irritating, but to have no control at all leaves me feeling like Cassandra. I felt even more disenfranchised when I went to register my UK address with the Lane County Board of Elections. Because I am a US citizen and haven’t been convicted of a felony, I cannot be denied my right to vote. However, as I do not technically reside in Oregon anymore I can only vote in federal elections. While I understand the rationale behind this, and even agree that it’s unfair to cast ballots somewhere you don’t reside, it’s disheartening to no longer be able to vote on laws and issues in a place you passionately love, even if you don’t live there.

Still, I take what I can from this. In a little less than two years I will be able to vote here in the UK, and by that point, hopefully I will even understand the details of the process. I still have representation in the US; it is just more limited, which is reasonable, since I don’t live there. In the end, I still have the right to vote for what I believe in, and in the not-too-distant future, I can vote for my beliefs in two different countries. Though the world is still a long way from truly open, universal suffrage, I’d like to believe that we’re a lot closer than we were in 1920.
-Katie Weidmann
Junior Girl
Girl Museum Inc.
DONATE NOW