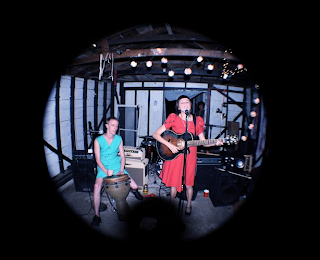 The Tallahassee local music scene is reflective of those in many cities in that the Tallahassee music scene is predominantly a boys club. ¬†This fact was the key inspiration for Tallahassee Lady Fest 2011. ¬†On April 16th, the F Word (Florida State University‚Äôs feminist RSO) made Tallahassee a more woman friendly city by putting on Lady Fest as their end of the year fundraiser.¬†
When I was elected fundraising chair for the F Word, it was my goal to come up with an event that not only raised money to support the feminist action that the F Word does on the FSU campus, but that also improved the way that women are treated in our community. ¬†As I began to think about the ways that women and girls are affected by sexism in my community, it became obvious to me that my event had to involve helping women to express their creativity.¬† 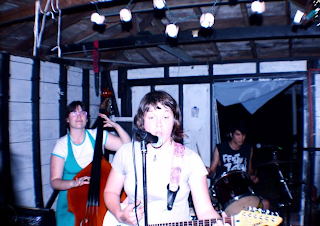 Early in the semester, I proposed the idea of The F Word programming a Lady Fest, a concert showcasing women musicians in Tallahassee. ¬†Everyone in the organization loved the idea and I went forward with planning. ¬† The first step to planning a Lady Fest was to find musicians. ¬†I found that the best way to find musicians was to get suggestions and connections from people I already knew. ¬†Other ways I found acts were to reach out to people in different communities and to put out a press release on the internet. ¬†I used social networking sites like Facebook and Tumblr to get the word out that we were having a show and looking for bands interested in playing.
We received many positive responses from musicians who were excited about the opportunity to play. ¬†I listened to many stories from the bands about having struggled to find spaces to play and be heard as girl performers. ¬†While this first stage of programming made us think we would have too many bands to pack in to the one night we had space to stage music, we quickly learned a lesson most concert programmers have to learn. ¬†Musicians can be flaky. ¬†We had many acts stop responding to our emails and phone calls and some drop out in the middle of planning because of conflicting plans. ¬†This was discouraging, but through this experience we learned how important it is to be persistent and not to give up. ¬†In the end of the programming stage we ended up with four bands and one dance performance lined up for the concert.¬† 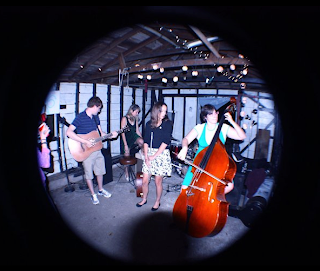 The night of the show was incredible. ¬†We had a team of 10 volunteers, a table selling crafts and art donated by women in the community, and an audience of about 200 people. ¬†The bands consisted of Bastards Out Of Carolina, an acoustic folk band; Adriana Rodriguez, a multicultural belly dancer; Buffalo Bluff, a singer-songwriter; Gorgeous, a punk band with a stand-up bass; and The Cicada Ladies, an all-girl blue grass band. ¬†The crowd loved each act despite of and because of their musical diversity.¬†
After the show, we got wonderful positive feedback. ¬† People were excited about the idea of staging women artists and came away from our show with the realization of how unique it was. ¬†They realized that this uniqueness was a problem. ¬†In the days following the show, I have gotten emails from girls wondering about programming events similar to Lady Fest, and asking me if The F Word will do another one next semester. ¬†This reaction gives me hope that my idea has empowered others in my community to create events like Lady Fest that in turn empower girl musicians in my city to play their music for enthusiastic audiences. ¬†Every city needs a Lady Fest and any girl (or boy) can be the person to organize it! 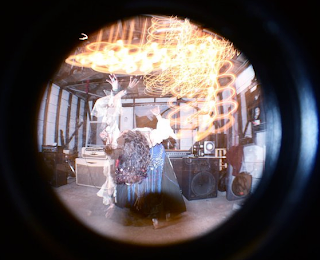