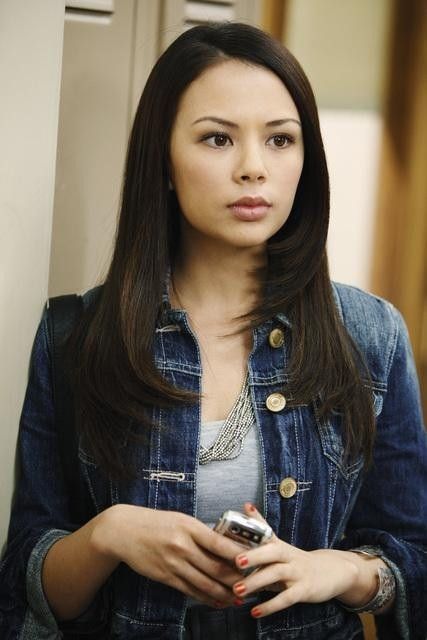 The first two seasons of Pretty Little Liars tell us much of what we need to know about the character of Mona. (I also think the first two seasons are the best of the series). This post will contain a bunch of spoilers so read ahead at your own risk.

We are introduced to Mona in the first episode when she is shopping (and shoplifting) with Hanna. We learn that Hanna and Mona are the ”Queen Bees” of Rosewood High, but while Hanna is still the nice person she always was, Mona is not. She is mean to everyone, but Lucas gets the brunt of the attacks with Mona calling him “Hermie” regularly. (This was a nickname created by Alison implying that Lucas was a hermaphrodite).

As the second season progresses we see that despite her popularity, Mona’s only real friend is Hanna. When Hanna is with her other friends Mona has no one to turn to for support. Like the other girls she starts receiving mysterious messages from “A” and she begins to work with them to unmask their tormentor. It is only in the season two finale that we learn that Mona is in fact “A.” When Spencer figures it out Mona tries to kill her and she is sent to Radley Sanatorium.

Over the course of the first two seasons, Mona was responsible for running over Hanna with a car, ending the marriage of Aria’s parents, placing human growth hormone in Emily’s pain cream, and forcing Spencer to break up with Toby. (This is just the tip of the iceberg.) While Mona’s behaviour is not acceptable, we learn in flashbacks why she is the way she is. In the very first episode we see her being ignored by Alison and Aria as she tried to catch up with them on the street. She is called “Loser Mona” by Alison because she wears glasses, pigtails, and isn’t as stylish as other girls. All she wanted was for the popular girls to like her but all they did was ignore her. Once Alison disappears Mona gets her wish, she becomes popular and has a best friend in Hanna. It’s when she thinks that she is losing Hanna to the other girls that she starts tormenting them.

While the girls struggle to forgive Mona for all that she has done to them, the show never discussed in much detail what they did to Mona. Although Alison was responsible for much of the torment that Mona felt, the girls all stood by and did nothing to stop Alison’s bullying ways. For years Mona felt that these girls made her life miserable and once she found happiness they were taking Hanna away from her. Again, while it doesn’t justify her behaviour it does make her more sympathetic than some other bullying bad girl characters.