The Violence Must Stop.

Firearm-related deaths are now the leading cause of death for children in the US. The graph below was compiled by researchers at the University of Michigan and published on April 20, 2022, in the New England Journal of Medicine. 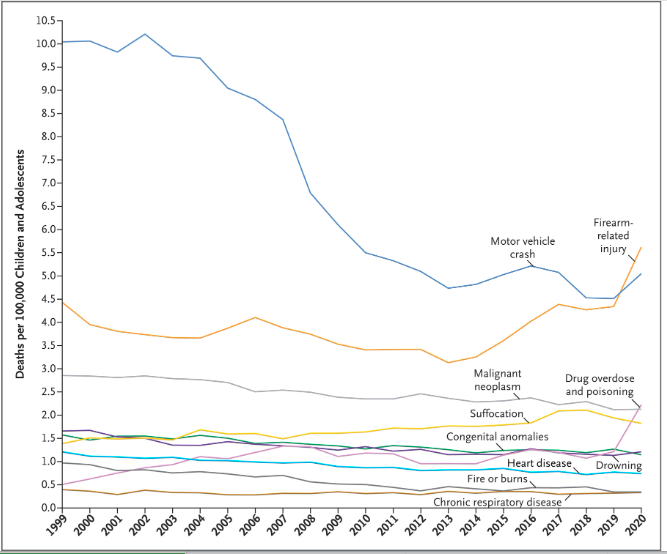 For many years, motor vehicle crashes have been the leading cause of death in American children. That number has declined drastically in recent years, likely thanks to new safety standards and laws concerning car seats for infants and toddlers and booster seats for older children. The graph below illustrates changes in child passenger safety laws from 1978 through 2010, and the correlation is unmistakable when comparing these two graphs. 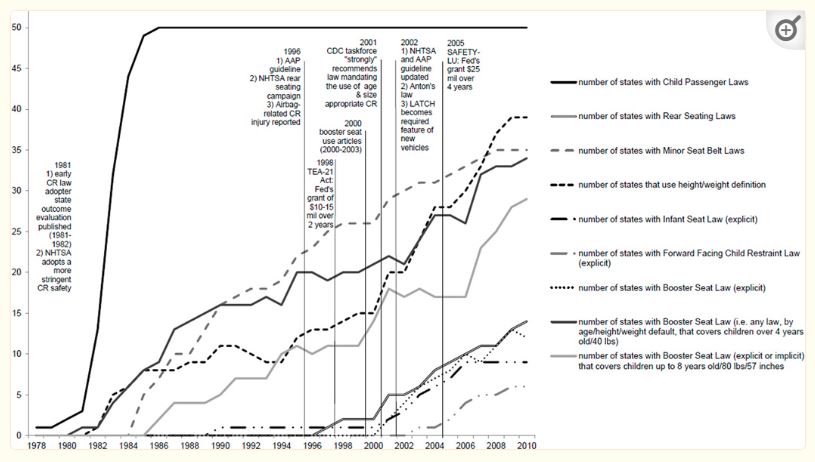 As more laws have been created to protect children in cars, fewer children have died in car accidents. We all want to protect children. It is common sense to try to keep them safe. Following car safety rules and guidelines is rarely opposed, so why are common-sense gun laws which could protect our children such a hotly debated topic? This must change.

As a teacher, a mother, and a human, I am disgusted, saddened, and angered by the heinous murders that have been committed in recent weeks. The school shootings we have witnessed in the US hit too close to home, as I have practiced countless lockdown and active shooter drills with my students over the years. During each drill, I always hope that I will never need to use those procedures in an actual situation and that if something does occur, I will be able to protect my students. As a parent, I shouldn’t be this worried about sending my daughter (who is only one year old) to school someday. It would be understandable to worry a little about her losing her backpack, missing the bus, or struggling with her spelling test, but worrying about her being shot at school is unthinkable.

Your voice matters. Help stop these tragedies by contacting lawmakers, volunteering, or joining protests. Learn about some ways to help by visiting Everytown.

Our children depend on us to protect them.