Who let the trolls out of the dungeon? 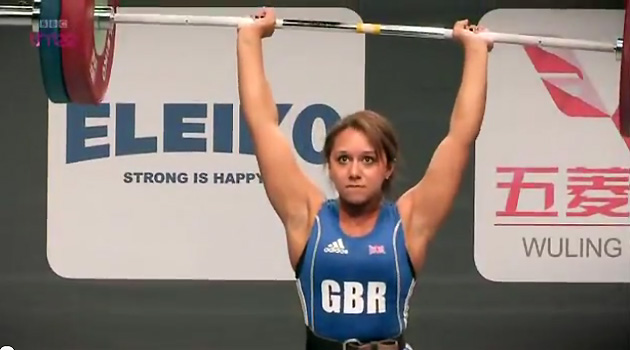 British weightlifter Zoe Smith
http://blog.sfgate.com/olympics/2012/07/25/teenage-olympic-weightlifter-zoe-smith-vs-her-internet-haters/
I love the Internet. I love how it allows people from across the world to communicate and the way it can provide instant news. The Internet represents a triumph for freedom of information and freedom of speech. Unfortunately, as with many things in life, there is a downside to this freedom. Whilst the anonymity of the Internet helped fuel the uprisings in the Arab Spring last year, they have also allowed for the existence of the Internet Troll.
The term troll is often used to reference hateful remarks made online: ¬†for example, in June 2012, Frank Zimmerman received a suspended sentence for asking British MP Louise Mensch which of her children she wished to remain alive. This was clearly a hateful comment, but not necessarily one made by a troll. Internet trolls make hateful remarks, but not always because they believe what they are saying. It is, essentially, bait: trolls want to stir up people‚Äôs emotions and cause conflict by making comments that are deliberately inflammatory.
Of course, it can be hard to tell a poster‚Äôs intention, which is probably why the term has become synonymous with any kind of hateful or inflammatory remarks made online. One of the latest victims of this is 18 year old Zoe Smith, who is an Olympic weightlifter in this year‚Äôs Games and featured in a recent BBC3 documentary called Girl Power: Going For Gold. ¬†After this aired, some viewers chose to make derogatory comments about her choice of sport, calling her ‚Äúweird‚Äù and making sexist remarks. Smith responded to these attacks on her blog, saying, ‚Äúwe don‚Äôt lift weights in order to look hot, especially for the likes of men like that. What makes them think that we even WANT them to find us attractive?‚Äù
Indeed. Surely when we look at female athletes, we shouldn‚Äôt be focusing on how they look: we should be focusing on how talented they are. Whether the negative comments about Smith and her fellow athletes were true opinions or actual trolling, we cannot know for sure. What we do know is that the anonymity of the Internet makes it a tool that can do great good and great harm. Luckily, Smith is a confident young woman, certain of her own strength. Time and again though, we hear of instance of young girls, such as Olivia Penpraze and Natasha MacBryde, who do not have the strength to withstand the pressure of trolling.
So, what can be done? I don‚Äôt want to start advocating censorship on the Internet as to me trolling isn‚Äôt an issue of censorship or free speech; it‚Äôs about basic manners and human decency. It‚Äôs easy to forget that the people we talk to or about online are actually real people. Sometimes I wish that this particular strip in XKCD is something that could happen in real life: then we really might see an end to trolling.
-Sarah Jackson
Junior Girl
Girl Museum Inc.