Why I Game: James 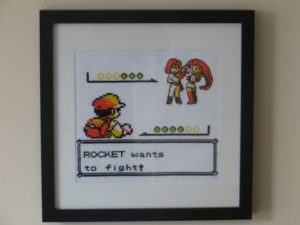 The first video game I played was Game and Watch for the Gameboy. It started a lifelong love of gaming. It was a family thing, with my dad and sister and I all playing the same games, comparing high scores, and discovering secrets together. It didn’t matter if it was Mario, Zelda, or a long game of Civilization, discovering something new and sharing it was a key part of my childhood. I played games for a family experience, even when we were playing single-player games.

In my teen years I started playing different games to my family and it became more of a solo experience. There were a few games I would play with friends, but mostly I would play on my own. RPGs were a big part of my teenage years, and I know many of my peers have similar experiences. RPGs are often played as a form of escapism, but I just liked being absorbed into a good story. The Elder Scrolls series provided so many hours of gaming where I would immerse myself in another world and explore it.

Gaming changed its meaning for me again when I went to university. It was a mix of single-player and multiplayer gaming. Sometimes I wanted to get round with my housemates and just play games late into the night. Other times I wanted to shut myself in my room, and play something on my own. I played a lot of grand strategy games like Europa Universalis and Crusader Kings, which mixed my love of history, gaming, and RPGs into one excellent package.

One of my housemates was an avid board gamer, and he introduced me to a new world of gaming. There is something about a board game that a video game can’t provide. Sitting round a physical table, or in a circle on the living room floor provides a physical connection to the players, rather than a digital one. You’re all looking at each other and the board, instead of having your eyes on a screen. We spent many hours playing Arkham Horror together, my first experience of co-operative play in a board game. Another friend introduced the house to Dungeons and Dragons, which perfectly blended my love of role-playing and board games, and brought our house together for regular playing sessions.

Now gaming has changed its meaning again. I still play with friends and have a gaming night every now and then, but it is more about spending time with my wife. We play co-operatively, both board games and video games, from Portal Knights to Burgle Bros. Gaming for me now is about connecting with the people I care about. Even if the game is competitive, it’s more about the fun we have playing rather than winning. We play Viticulture a lot, and just try to make the best winery we can, winning is but a happy consequence. I think what gaming means to a player changes through their life, and that’s why I game.