Why I Game: Yue 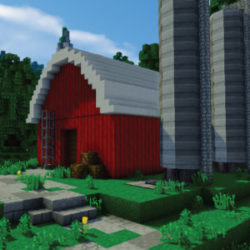 Minecraft is one of Yue’s favorite games

There are countless electronic games I’ve played. The earliest ones were some simple dress up games and RPG adventure games. It satisfies some of my real dreams, whether it’s a Barbie-like princess, a few cute pets at home or magic.

The overwhelming majority of Chinese people think that playing games is a kind of terrible behavior, or a kind of mental drug, which will affect our learning and life. My parents also hated me for playing games and even repeatedly warned me against playing. This constraint did not stop me from enjoying the games. At that time, I used games as a means to escape stress and control from the family and school, so that I can just forget the heavy work and even who I am. It seems that I am the queen of the virtual game world, which has no rules or limitation to restrain me. Minecraft, one of my favorite games, was developed by Mojang Studios. When I first set foot on this land, I heard that the area of the game world is about eight times as large as the earth. The entire game screen is like going back to the last century, full of blurs and mosaics. The characters are just a box of squares, but it can give me the same permanent fun as a Lego block. I have created many things in this world and seen people coming and going. I’ve given a pedestrian bread, pork chops, tools and weapons if they needed, and wished them a bright future. Some people come back to visit me occasionally, and some have come to the edge of the world. I am not sure if “I” would feel regret in the game when “I” was lying in bed and would dream of this world that I hadn’t traveled yet. Gaming to me is to forget about reality and enjoy the virtual world during my teen years and create value and experience from different stories.

Until now, I can gradually distinguish between reality and fiction, and progressively focus my life on reality. Since some of my friends have already worked in different cities, we have less chance to meet together. Mobile games or online games become useful communication tools. Like Don’t Starve Together or Player Unknown’s Battlegrounds on Steam, they are far more attractive to me than simple social apps because these games are more entertaining and even competitive. It can relieve our work pressure and foster team awareness. For me, the reason I love to play games has been changed from escaping from the real world to a method to strengthen the actual connection.