Why Jenna Marbles is such a good YouTuber 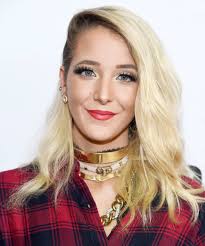 Like so many other people, falling down YouTube holes is one of my favourite past times. I could be on it for absolutely hours; music videos, makeup tutorials, comedy sketches, you name it, I will watch it. However, for me the culture around YouTube ‘celebrities’ can at times be one of the most toxic examples of our media-obsessed society.

The fact that simply making videos of your daily life can provide you with an income, a fan base and an opportunity for travel is pretty amazing, but it has also created a frenzy in having to make increasingly outrageous content to drive clicks and views. You only have to look at vloggers like Jake and Logan Paul to see the worst examples of this, with the brothers using the platform to showcase their snowballing wealth and their own rowdy and obnoxious groups of friends. I think a particularly low point in everyone’s mind is when Logan Paul posted a video showing the body of a man who had recently committed suicide in the Aokigahara forest in Japan, providing a pretty stark example of self-promotion over basic humanity.

There are other reasons I find myself disliking YouTubers — sometimes it’s the showing off of wealth, the false intimacy with which some interact with fans, and sometimes it’s just downright jealousy that I don’t feel videos of myself would be so successful. However, I have to say that the one true exception for me in all of this is Jenna Marbles, who I cannot help but feel a deep admiration and respect for.

I started watching Marbles when I was probably thirteen or fourteen, with her classic video ‘How to Trick People Into Thinking You’re Good Looking.’ From day one, she’s been an entertainer who has emphasised humour and the attitude that you shouldn’t really care what people think. Though I stopped watching her for a good while in my mid-teens, I never forgot my early exposure to her because it was truly so surprising to have a girl begin a video with messy hair and no makeup, talking about how she has to layer all these products onto her to make her more conventionally ‘attractive.’

Writing this as someone in their twenties, it seems a little ridiculous to put so much emphasis and thought on what was, at the end of the day, just a funny, silly video. But when I was in my early teens, nobody was really talking about not feeling pretty, everyone was just desperately trying to be pretty. Having a girl who was becoming popular because she was funny and not just because she was attractive genuinely surprised me at that age. Being funny or being weird are things that young teenagers sadly don’t really value — it’s an age where appearance and popularity seem to be the only things on people’s minds.

I watched Marbles on and off for a few years, and last year became completely hooked again, even watching her podcast channel with her boyfriend Julien. Going back through her past videos, I noticed that she’d never done product placement, never shown off a new thing that she had bought, never monopolised on her popularity to do anything other than make consistently funny and entertaining videos. And for that reason I think she is one of the best YouTubers out there, especially considering the increasingly youthful fanbase of the site. Sadly, vloggers such as the Paul brothers have a lot of pre-teen subscribers, who will watch their videos and leave them thinking that being disrespectful and rowdy is funny, and that attaining wealth is the highest achievement one can have in life. It’s the growth of clickbait videos that have caused many people to raise concerns over the content of the site, and lead me to think that contributors such as Marbles are of so much importance.

There are many (particularly in the older generations) who find the idea of YouTube celebrities ridiculous, and who prefer to ignore the influence of its users. But if you consider these people have views numbering in the millions, the importance of the message they’re putting out seems pretty clear.

In a society where adolescents have a heightened awareness of online image and presentation, having a voice that encourages them to be weird and silly, to give less mind to their appearance and seeming ‘cool,’ to perceive laughter and family as more important than fame and money, is incredibly valuable. Though I’m far from the point where I will be having my own children, I still hope that there will be people like Marbles around for them to watch and look up to. And if not, then I will just have to try and emulate the qualities I learned from her when I was a kid.