Women and Power in Crisis 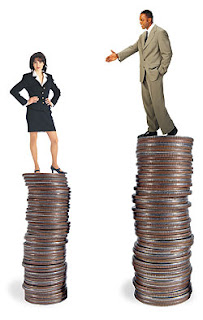 Image from¬†http://eyesonpower.blogspot.co.uk/2010/08/fairer-sex.html
On Saturday October 13th I attended a debate put together by The Fawcett Society on the subject of ‚ÄúPower in Crisis ‚Äì what would more women bring to the table?‚Äù The panel consisted of Dr. Caroline Lucas, the sole Green Party MP in the UK Parliament, Mary Riddell, a columnist and political interviewer for The Daily Telegraph and Dr Ruth Sealy, the Deputy Director of the International Centre for Women Leaders and co-author of the Cranfield Female FTSE report on women on boards.
It was fantastic being in a room with so many other women (and a few men too!) who want to see equality between men and women in all aspects of society, not to mention hearing what the panel had to say. It‚Äôs far too simplistic to say that having more women in power would lead to better policies or even just more women-friendly policies, but at the moment most of the so-called representative democracies in the world do not accurately represent their populations. In the UK Cabinet at the moment there are more millionaires than women. By percentage¬†Afghanistan, Mexico, and Sudan have more women in Parliament than the UK¬†in at least one of their houses.
Despite that sobering fact, there was some good news. Dr Ruth Sealy reported that if current rates are continued, then by 2020 around 40% of board members will be women. Again, having more women in such positions doesn‚Äôt automatically mean that things will get better, but it does mean that the pool of potential talent and experience has been widened considerably.
Even as a supposedly grown-up 27 year-old woman, I found it inspiring to be in a room with such successful and driven women (both in the panel and the audience), which really drove home to me another point made by the panel and Fawcett Society as a whole. Having more women in positions of power, be it in politics, business, or media, is vital if we want girls to be inspired to follow in their footsteps ‚Äì and even to one day overtake them! As the saying goes, ‚Äúyou can‚Äôt be what you can‚Äôt see.‚Äù Gender equality is vital for all of society ‚Äì but especially for girls (of all ages!) searching for role models.
-Sarah Jackson
Junior Girl
Girl Museum Inc.¬†
DONATE NOW