Book Review: ‘American Street’ is the Next Great American Novel 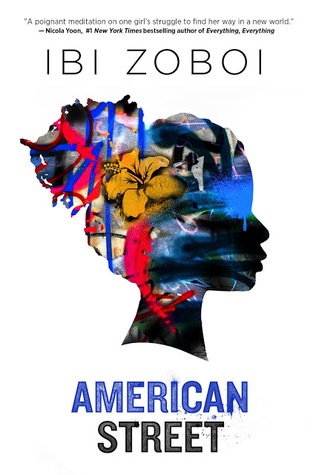 Last night, I finished Ibi Zoboi’s novel, American Street. I stayed up until the wee hours of the morning reading. I simply could not put it down.

American Street is the story of Fabiola Toussaint, a Haitian immigrant to Detroit. Upon arriving in the United States, Fabiola’s mother is detained by U.S. immigration and sent to a detention center. Fabiola — only 16 and with little concept of American — is sent to live with her aunt and three cousins in Detroit. The novel follows Fabiola as she adjusts to life in Detroit, American culture and the struggles of being black in America, and pursues her mother’s freedom.

Based on her own experiences as a young Haitian immigrant, Ibi Zoboi’s novel is a reflection on immigration, family, and freedom. In narratives of her life in Haiti and her experiences on the West Side of Detroit, Fabiola takes the reader on a journey that is intimate and deeply moving. I truly felt as if I was on the streets with her, trying to make sense of extreme poverty, gang violence, and family expectations. I laughed and became frustrated as she learned slang, became enmeshed in drug wars, and fought for her mother’s freedom.

Most importantly, I felt tied to Fabiola’s struggle for identity as both an American and a Haitian. I cringed as she tried on new, form-fitting dresses that her mother would have rejected. I laughed as she struggled to pronounce American curse words, not understanding that her Haitian accent would make it more difficult for her to be understood. I was proud as she learned how to write a proper research paper and received her first ‘A’ in an American school. I felt joy as she found her first American love. I also became enamored with her traditional practices as she prayed to the ilwas, made a Haitian-influenced Thanksgiving dinner, and told her cousins about life in Haiti.

Not that it was all rose-colored glasses. American Street is, ultimately, a reflection on America today: an often-confusing ‘melting pot’ of cultures that has refused to deal with race- and gender-based violence. Fabiola learns to navigate an underground world in which her family is intimately tied and which holds many secrets, while fighting for her family’s freedom and her own personal identity.

As Ibi Zoboi states in her own reflection on the work:

While working on American Street, I pulled from my own memories of living in between cultures, the experiences I had in high school, and the many tragic stories about the violence and trauma that girls have endured. In Haiti, many girls dream of the freedom to live without the constraints of oppression. Yet more often than not, these girls and their families leave their home countries only to move to other broken and disenfranchised communities. I kept thinking about how these girls balance their own values and culture with the need to survive and aim for the American dream.

One girl in particular struck out in my mind. When Trayvon Martin was killed in Florida in February of 2012, he had been on the phone with Rachel Jeantel, the daughter of a Haitian immigrant. During her testimony in the George Zimmerman trial, I recognized a little bit of myself in Rachel, and in the many Haitian teen girls I’ve worked with over the years. We fold our immigrant selves into this veneer of what we think is African American girlhood. The result is more jagged than smooth.

As the culture and political wars of American rage on, American Street became both a breath of fresh air and a call to action for me. There are girls every day living Fabiola’s story. They are being ripped from their families and left to handle a completely new culture on their own. They go to school worried more about guns and rape than about good grades. They struggle with their personal beliefs amidst family norms and societal expectations. They negotiate romantic relationships while trying to rise above centuries-long norms that perpetuate sexual violence. They try to view the world with hope, only to be left feeling alone, violated, and heartbroken.

If you are looking for a good summer read, or perhaps any read, I highly suggest picking up American Street by Ibi Zoboi. It should be required reading for every American — a call to both become more culturally literate and more active in the fight for achieving the real American dream: a country where everyone feels the right to life, liberty, and the pursuit of happiness.

Thank you, Ibi, for telling Fabiola’s story. It was an honor to read it, and will go in my heart as one of the best that I have ever read.