We produce a variety of publications designed to bring our content and expertise to the world. These range from monthly e-newspaper, Girl News International, to a variety of academic articles, guest blogs, and books.

A Girl Can Do: Recognizing and Representing Girlhood

How do scholars research and interpret marginalized populations, especially those that are seldom recognized as marginalized or whose sources are believed to be rare?

Combining intersectional feminism and public history methodologies, ‘A Girl Can Do: Recognizing and Representing Girlhood’ reflects on how girlhood is found, researched, and interpreted in museums, archives, and historic sites. Defining “girl” as “self-identifying females under the age of 21,” ‘A Girl Can Do’ lays the groundwork for understanding girlhood, its constructs, and its marginalization while providing faculty, students, and working professionals with ten case studies on researching and working with girlhood.

Click here to learn more. Use code CFC68110EDEF to receive 24% off your order.

Studying girlhood is not without its challenges, but the authors demonstrate how employing innovative methodologies—including Indigenous folklore and descendant knowledge and biographical approaches—and sources—including scrapbooks and spatial analysis of archaeological sites—can help uncover girls’ lives and experiences. 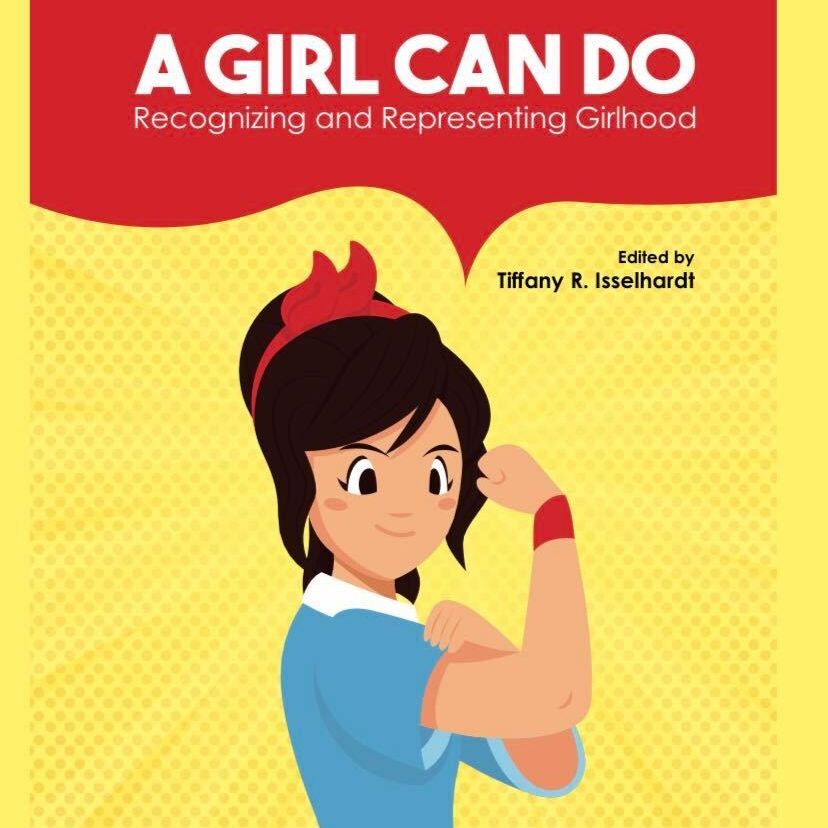 Who are the girls that helped build America? Read this book to find out.

Conventional history books shed little light on the influence and impact of girls’ contributions to society and culture. This oversight is challenged by Girl Museum and their team, who give voices to the most neglected, yet profoundly impactful, historical narratives of American history: young girls.

Exploring American Girls’ History through 50 Historic Treasures showcases girls and their experiences through the lens of place and material culture. Discover how the objects and sites that girls left behind tell stories about America that you have never heard before. Readers will journey from the first peoples who called the continent home, to 21st century struggles for civil rights, becoming immersed in stories that show how the local impacts the global and vice versa, as told by the girls who built America. Their stories, dreams, struggles, and triumphs are the centerpiece of the nation’s story as never before, helping to define both the struggle and meaning of being “American.” 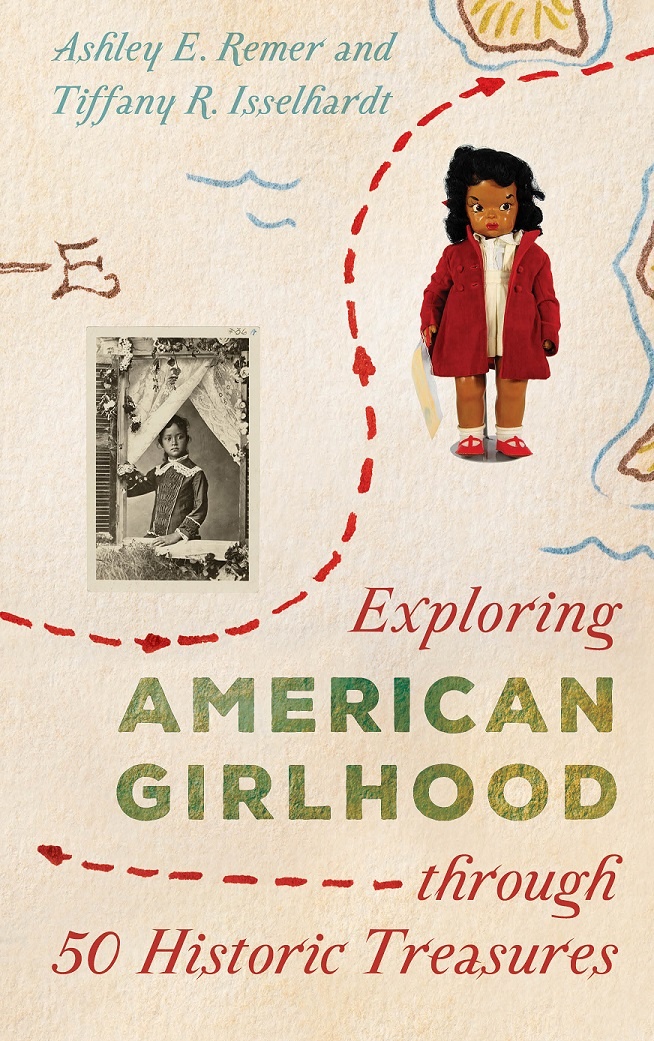 Our very own Ashley Remer and Tiffany Rhoades co-authored a case study about Girl Museum for the publication, Feminism and Museums. Their chapter, “Using Digital to Showcase Feminism in Cultural Heritage”, focused on the unique challenges and opportunities facing Girl Museum in the digital age. This is two-volume collection with our chapter in Volume 1.

Associate Editor Sage Daugherty spoke with the authors about their writing process and the digital goals for Girl Museum going into 2018. Read the full interview here.

This book was a really unique opportunity, in that I think it was one of the first times we had to get really introspective about our work. It’s also a great opportunity to see what other institutions are doing to foster feminism and become more vocal in their advocacy and representation efforts. I hope it’ll become a great resource, especially for the next generation of museum professionals who are really going to be at the forefront of defining what a museum is during the twenty-first century. In 2021, Emily Clarke wrote about our Sites of Girlhood project for The Historians Magazine. Check out the full issues here. (See page 14 for the article.)

In January 2017, Katie Weidmann wrote an article that was published in Standard Issue magazine, entitled, “Here come the girls.”  Check it out here.

In July 2016, ExhibiTricks featured a guest post by our Program Developer, Tiffany Rhoades, on who we are, what we’ve done, and our tips and tricks for exhibition success.

Rhizomes: Cultural Studies in Emerging Knowledge is an independent peer-reviewed online journal. In 2011, Ashley and five Junior Girls collaborated on an article about Girl Museum’s origins, aims and achievements to date for Rhizomes Issue 22 (2011).

Head Girl Ashley Remer was a guest for the HerStory podcast on April 6, 2014, where she discussed the works of Augusta Savage. Listen to the podcast below:

HerStory is a project of Chick History. 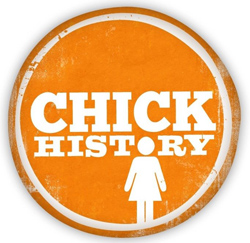 Feminista Journal sat down with Ashley Remer for a wide-ranging conversation covering topics from: what girl-centred feminism is, the safety of girls on the internet and the impact of social media, the gendered socialisation of young girls and boys, and the importance of cultivating empathy for social and cultural change. Click here to read part one.

Julianne Freytag, a member of the LOG OFF Writers Group, told our story in a November 18 featurette and interview with Ashley E. Remer. Read it here.

Ashley was interviewed by Paul Orselli Workshop Inc. regarding “How to Create a Virtual Museum.” You can view the entire recording in the video below or here.

Ashley discussed our retired project, Girl News International, in this interview on the International Association of Women’s Museums blog.

In November, Ashley was intereviewed for the New York Times article, “Is It Time Gauguin Got Canceled?”

Audrey M. Clark utilized our museum and exhibits in the formation of her Master’s thesis, “Museums, Feminism, and Social Impact” for the State University of New York College at Buffalo – Buffalo State College.

We were featured in Commonwealth Association of Museum’s Bulletin No. 51 (March/April 2019). Ashley wrote a column about our work in helping decolonize museums and dismantle the patriarchal system that demotes girls to the most marginalized status in world history.

On February 26, 2019, TheFWord: Contemporary UK Feminism featured an article on our PostHealing project entitled, “A new space for exploring violence, art and community.” The article was written by Junior Girl Sophie Small, who discussed how she developed and launched the project to support those who have suffered any form of violence through encouraging artistic expression and community building.

In the December/January 2019 issue of Home Magazine Gainesville, Ashley E. Remer was interviewed regarding arts funding, her start in the museum world through volunteering at the Hippodrome, and Girl Museum. In the article, she stated, “The struggles of artists, the people who make us laugh cry and challenge our comfort zones, are no less real than those in any other profession. Yet, it is often seen as their fault, for making the bold choice to keep ideas and culture in public spaces alive for the rest of us, as if this isn’t vital for a community to thrive.” Read the article here.

2018 – Ashley Remer was interviewed on her #MeToo blog post for Good magazine. Her thoughts were featured in Catherine Wagley’s “When #MeToo Comes for Picasso” in March 2018.

2017 – New Moon Girls magazine journalist Willa from Maine interviewed our founder, Ashley Remer, for the feature “Girls Make History: Meet Girl Museum founder Ashley” in their March/April 2017 issue. Willa also shared her Top Museum Picks from her visit to our site, which included our Girlhood in Art series and Kindertransport.

We were featured in Positioning Your Museum as a Critical Community Asset: A Practical Guide by Robert P. Connolly and Elizabeth A. Bollwerk (Rowman and Littlefield).

Head Girl Ashley Remer attended the International Women’s Museums conference in October 2016. While visiting Turkey, she was featured in Haber Turk, discussing Girl Museum’s mission and work as advocates for girls. (Please note: Article is in Turkish and may not translate well.)

Tiffany Rhoades, our Program Developer, was a guest speaker for the #LORTLive weekly webcast on January 25, 2016. #LORTLive is produced by LORT Nation. You can view her discussion on Girl Museum, girls, and gaming here.

2015 – Hillary Hanel and our STEM Girls exhibit was featured in the August 2015 edition of Museum Education Monitor and on their forum.

2013 – In October 2013, Girl Museum hosted an International Day of the Girl event in Wellington, New Zealand. Girl Rising interviewed Head Girl Ashley about the media’s representations of girls. You can read about this on the Girl Rising here (October 15th, 2013).

2011 – Dr. Michelle J Smith contributed to our ‘Home & Away: Girls of the British Empire’ exhibition and also wrote about Girl Museum on her Girls’ Literature and Culture website (September 24, 2011).

2009 – Check out the great interview article about Girl Museum with Jacquelyn over at Finding Five (November 30th, 2009).

Girl News International was a monthly girl-focused e-newspaper featuring stories from all over the world. See the world from a girls’ point of view, with articles focused on current events, politics, health, arts and culture, crime, sports, and STEM fields.

The last issue of the paper was published in November 2019.