Criminal Girls: The crime of self-defence 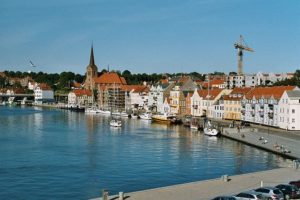 The first three posts in this series on girls and crime looked at high profile, controversial cases of girls being convicted of crimes. This post, however, is a little bit different, as I will be discussing a case from Denmark in 2016. In January of that year a 17 year-old girl was arrested for fighting off an attacker. The man pulled her to the ground and tried to undress her, but she used pepper spray to force him off her.

When the girl went to the police, she was told it is illegal for a private citizen to possess pepper spray. It is illegal for people to own and use pepper spray in many European countries, including the UK and Ireland, and it’s use is restricted in many other countries. The girl was warned that she could face a fine of £50 as a result of spraying her attacker. At the time this story came to national and international attention, the man who assaulted her had not been caught.

While the fine is not a large sum of money (many people on social media offered to pay the fine for the girl), the fact that a victim was treated as a criminal was troubling for many people. If she had not been carrying the pepper spray, who knows what would have happened to her. Many women the world over carry pepper spray with them in order to feel safe. Perhaps instead of punishing girls for defending themselves, the government and police should look at ways to make women feel safe without the need for pepper spray.