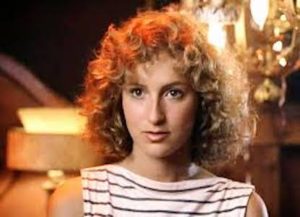 Jennifer Grey as Baby in Dirty Dancing. Fair Use.

Teen movies are not a modern idea; they have been around for decades. As with any genre of film the best era is always subjective. However, people tend to choose the decade when they were a teenager as the best,the characters being most relatable. Today, with streaming sites such as Netflix, a whole new generation of teenagers can enjoy classic teen movies from years gone by. The 1980s saw an abundance of films which featured teens as the main protagonists.

Dirty Dancing is not a teen movie in the traditional sense of the word; however it does have a teen girl as the main character. Dirty Dancing was released in 1987 and followed the summer vacation of Frances Houseman (Baby) in 1963. Jennifer Grey played Baby opposite Patrick Swayze’s male lead. During her vacation she discovers an after-hour’s dance club she attends with Johnny Castle (Swayze) teaching her how to dance. After spending so much time together they begin a relationship, despite her father forbidding her from seeing Johnny. They continue the relationship but keep it a secret until the end-of-season talent show when they perform the mambo, ending with the famous lift.

On the surface Dirty Dancing is a coming of age story, however it deals with many serious themes. Class divides, sex, feminism and consent are all important themes in the movie and 30 years later are still relevant around the world. Here in Ireland there was a recent high profile case when two international rugby players were accused of rape. After nine weeks of testimony the jury deliberated for three hours and found the players not guilty. This led to many marches around the country in support of the woman as well as numerous discussions surrounding the issue of consent. Abortion has been a big topic of discussion here as well; a referendum was recently passed to allow for abortions up to 12 weeks. Prior to the referendum, the only way for a woman to get an abortion in Ireland was if her life was at risk. Thousands of women each year have travelled to England in order to have an abortion as they could not have one in their own country.
In the United States the issue of class is more prevalent than ever. It played a part in the last general election with a reality TV host playing on the fears of the lower classes and promising the upper class major tax breaks. Many states have also had to fight to keep open many medical clinics that provide abortion services, as well as other women’s health services.