Why I Game: Alexandra 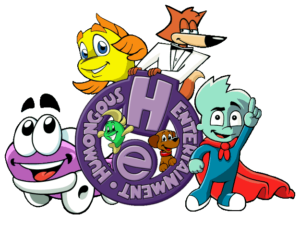 Last Christmas my father told my siblings and I that he had a present for us. He took out his iPad and connected to the TV. I thought it was going to be a slideshow of pictures or an old family movie, but it wasn’t. Instead what came on screen was Spy Fox. And not just Spy Fox, but Freddie Fish, Pajama Sam, and Putt-Putt, too. All these great games we used to play as kids were now available to play again, so we did. We were sitting there together yelling at whoever was holding the iPad and telling them what they should do. This is similar to a lot of my early memories of playing games as a child.

Gaming is fun no matter the type you choose: be it board games, video games, or games on the PC. You get pumped to win, and angry when you lose. But I’ve found gaming is most fun when I’m surrounded by other people. The last game I played was another nostalgia play, The Legend of Zelda: The Wind Waker. I sat at the TV for days playing this game, and my sister was right beside me. We play together a lot and though she only watched during this one, her presence and commentary was one of the reasons I was even able to beat the game, and she probably helped when I first beat it years ago. It was so much more fun when both of us were yelling at the screen, or when she was getting scared for me when I battled monsters.

Gaming is all about the experience you have when playing. It’s supposed to be fun, or scary, or even relaxing. And playing games by myself I can feel all these things and more. But it’s just not the same as when you have someone standing over your shoulder yelling at you to press the Y button. I think gaming is more fun when you have someone else to play with.