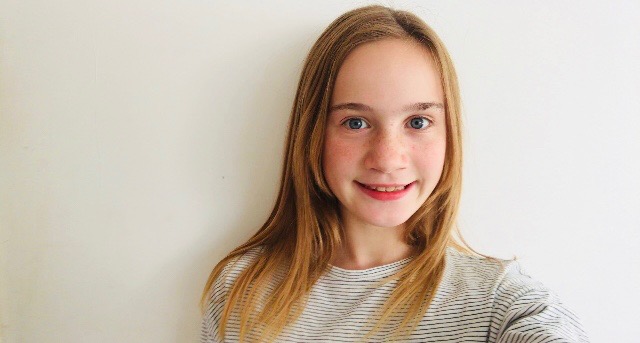 Earlier this year, Evie Swire and her mother, Anya Pearson, began a campaign to erect a long-overdue statue of pioneering paleontologist Mary Anning on the Jurassic Coast at Lyme Regis.

Born in 1799, Mary Anning was an English fossil collector, dealer, and paleontologist who gained worldwide recognition for her Jurassic-era finds, including the first ichthyosaur skeleton correctly identified, two complete plesiosaur skeletors, and the first pterosaur skeleton outside Germany, among many others. Unfortunately, due to both her gender and her young age (learn more in our blog post), Mary was barred from full participation in the scientific community.

Now, Evie – a fossil hunter and young paleontologist herself – is campaigning for Mary to finally receive the recognition and statue she deserves. We are thrilled to learn more about Evie’s campaign and fully support their work

When did you first learn of Mary Anning, and what drew you to her out of all the incredible women out there?

EVIE: I’m from Dorset and she is local to me. She’s one of the people that I have heard of the most. I grew up with her story; since I was little, we have learnt about her in school.  I also go fossil hunting a lot, and she has a wing in the Lyme Regis Museum, so Mary has always been someone I have looked up to. She was also poor and working class, not from a rich and wealthy family, which is another reason why I think she is cool. She accomplished so much on her own without any help.

Why build a statue of Mary? What makes having statues of women like Mary important?

EVIE: Because people can see a statue and you can’t really miss it. A statue everyone can see, big and bold. My mum says you can’t be what you can’t see, and a statue can also really show that this person has done something great and amazing. Only great and amazing people get statues, unless they are kings and queens, and they don’t count.

What was it like to be on the news and have your campaign highlighted?

EVIE: To be honest, it was a bit weird seeing myself on TV, but it was fun to do, especially as the film guy let me have a camera and we filmed some of the news program ourselves. That was fun.

What is the biggest lesson you’ve learned so far during your campaign?

EVIE: That ideas are sometimes really hard to get started. Some things have been really difficult, but there are lots of nice people who have been really helpful. I also like that boys really want the statue and love Mary, too, so that’s really cool.

You visit Mary’s grave, and it’s apparent that many people love her. What do you think makes Mary so special to so many people?

EVIE: Because she was from a period of time when women were not respected and were treated like objects, but she still did the things that she wanted to do. She didn’t let anything stop her from doing the things she loved and that was discovering new dinosaurs and trying to understand them.

If all the girls in the world asked your advice, what would you say to them?

EVIE: Just try to be kind. I try to be kind, even to the bullies at school. I sometimes get anxious, but I always talk to my mum. Talking is always good.

If someone wants to help you get a statue of Mary erected, what should they do?

EVIE: We are going to crowdfund the money for the statue, but to do that we need to raise awareness of the campaign, so getting as many followers on social media would be great. Ask your mums and dads to follow #MaryAnningRocks on social media. Also any awareness and fundraising days about Mary Anning would be amazing, too.

You can support Mary Anning Rocks by following them on…