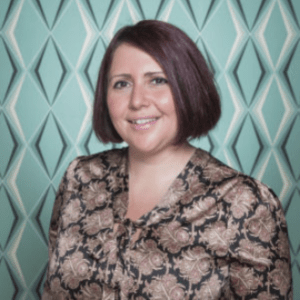 As part of our Alternative Girls exhibition, here are some extra interviews and reflections from women in the music industry. This week, we’re speaking with Mazzy Snape, a music public relations and events expert from Birmingham, England. Read on to hear her perspective of the music industry.

How did you get into music PR and events?

I was an avid record collector from a young age and one day a pal said to me, ‘You love music so much, why aren’t you in a band?’ I said that I have no musical talent, to which he replied ‘Start DJing then!’ And I thought, why not?! Although, at that time I didn’t know how!

The Sunflower Lounge was a new venue just opened and the owner gave me a chance and my first DJ set, he even showed me what to do. Later on, I started to put club nights on there, then I started doing weekly gigs at the Jug of Ale in Moseley. Soon this escalated into bigger events, my networks grew and people started asking me to use my connections for other things such as marketing products and so on. It was all very natural progression.

What role has music played in your life (particularly girlhood)?

Music means everything to me, it has helped me get through tough times, and to celebrate the good times. It offers escapism, from boredom, from bad things going on personally or in the world at large. Just like working class northerners that started the Northern Soul scene off looking for something to relieve the boredom of factory work, I suppose.

Which female musicians have inspired you and why?

As a child I was a big Pretenders fan, I loved the music of course but there was something about Chrissie Hynde that had a massive appeal, she was the first female musician to really inspire me. Back then I didn’t know why. I absolutely loved Debbie Harry and Madonna but I kind of preferred the way Chrissie seemed one of the boys, like she was leading the gang rather than being out on her own. Both are incredible though.

Later PJ Harvey, Patti Smith, Karen O and Beth Ditto all had a massive impact on me. I’ve always loved female musicians that pave their own path and really take control. On the flip side I have always loved what people commonly refer to as ‘Divas’, to me that’s soul and disco, incredible voices, over-the-top outfits and lipstick that’s practically dripping off their lips. Not all of them wrote their own songs, but they made a big impact. People like Donna Summer, Diana Ross, Chaka Khan, Dusty Springfield and Aretha Franklin.

Has your experience of the music industry been gendered?

Massively so. I’ve worked in the music industry for about 15 years and it is very male dominated/focused. DJing has resulted in endless comments such as ‘your boyfriend has some great records’ or ‘loved your boyfriends set’ as soon as a male companion stands next to me. On a good night it will be ‘oh wow a female DJ, well done love;’ on a bad one, a derogatory sexual comment.

I’ve also experienced sexism working in music venues, radio and so on. It’s not always men though, women can be sexist too, perhaps because of the society we have grown up in. Saying that, I have been helped and supported by others a lot, it’s not all bad! After all, the owner of the Sunflower Lounge gave me a chance to try out DJing.

What do you hope for in terms of the development of the music industry?

More women need to get involved so that other women don’t need to put up with the kind of sexism – and those women need to be supportive and encouraging of other women. Men need more educating too – some sexism I’ve encountered more recently has come from left wing men who think they are feminists, and that is very hard to address. It’s not enough to have women involved to make up the numbers – they need to be nurtured and encouraged to lead.

What advice would you give someone interested in pursuing a career in music PR and events?

Get work experience, even if it’s a few hours a week, it will help with skills, knowledge and connections. Do your own thing, having your own enterprise/project whether it’s a promotion brand, PR, events agency or whatever – it looks so good for future employers and you will learn so much more being in control, just don’t take too many risks financially and use the guidance and support network you have around you. Former lecturers, work placement contacts, friends etc.

Go for clients and areas that you can really get behind, if you have an interest in hip hop then specialize in that area. Look at the competition, but don’t be obsessed by it, just do your thing and do it well and don’t present yourself in the same way as everyone else. You’re you and no one else, that’s the best thing you can sell.