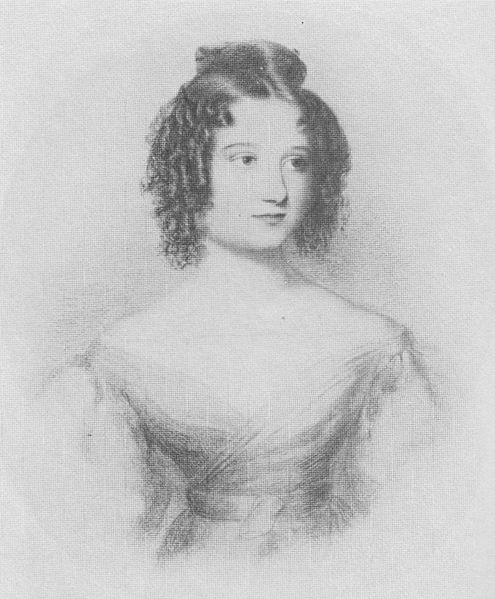 Augusta Ada Byron, otherwise known as Ada Lovelace, was destined for greatness. One hundred years before Alan Turing and long before the 1960’s black NASA computer scientists, Ada was the first to write a computer program.

Born on the 10th of December, 1815, Ada was the daughter of the famed and troubled poet Lord Byron. The relationship between Ada’s mother and father was troubled and a few months after her birth he left England for Greece. Ada would never see her father again and he died when she was eight.

Ada had an upbringing that differed of the time for an aristocratic girl in the mid-Victorian period. Her mother insisted that Ada learn challenging subjects including mathematics and science. Her mother believed that Ada’s participation in study would prevent her from developing her father’s temperament and propensity to madness.

Ada was fascinated by machines, and would often think about how she could design a steam powered flying machine. Her design came fifteen years before the aerial steam carriage, Ada was only a tween aged 12. She was fortunate to have some of the finest academics teaching her. She was encouraged by mathematician Augustus De Morgan. However, he was worried that her focus on mathematics was at a detriment to her health. She was a sickly child and was plagued with, what we would now call, migraines from eight years old. When she was thirteen, in 1829,  Ada contracted the measles, leaving her paralysed and in bed for a year. Recovery and regaining her ability to walk would take two years.

Ada was also fortunate to have an inspirational woman as a tutor – Mary Somerville, the astronomer and mathematician. It was this woman who would introduce Ada to Charles Babbage, when she was seventeen.

Babbage was an inventor and mathematical engineer. Ada, always having had an interest in machines, was captivated by his inventions, analytical skill and mathematical ability. At the time Babbage was working on something he called the Difference Engine, later renamed the Analytical Engine. In essence this machine was an early version of a calculator for trigonometry. However it was prone to miscalculation. Following Ada’s marriage to William King when she was nineteen, a man who supported her work and ambitions her work in assisting Babbage on the Analytical Engine. She attended a lecture given by him, in attendance was an Italian engineer. Ada translated this engineers notes, correcting them as she went along and expanding on them in the form of footnotes. It is these footnotes that outline several early computer programmes.

Ada’s understanding of the machine was in many ways deeper than Babbage’s own. It was Ada that realised the Analytical Engine’s full potential, if it could manipulate numbers it could also manipulate symbols. She was keen to show that the machine did not require human intervention to work. This machine was the first computer.

Ada Lovelace has left quite the legacy as a mathematician, writer and engineer. Maybe we can go as far to suggest that her pioneering work made her a time traveller of sorts. A person always thinking to the future. Ada would continue to study and work on mathematics until her death on the 27th of November 1852. She was the same age as her father when she died at 36 years old. Lovelace and her notes proved pivotal for the code breaking work Alan Turing would do during World War II.