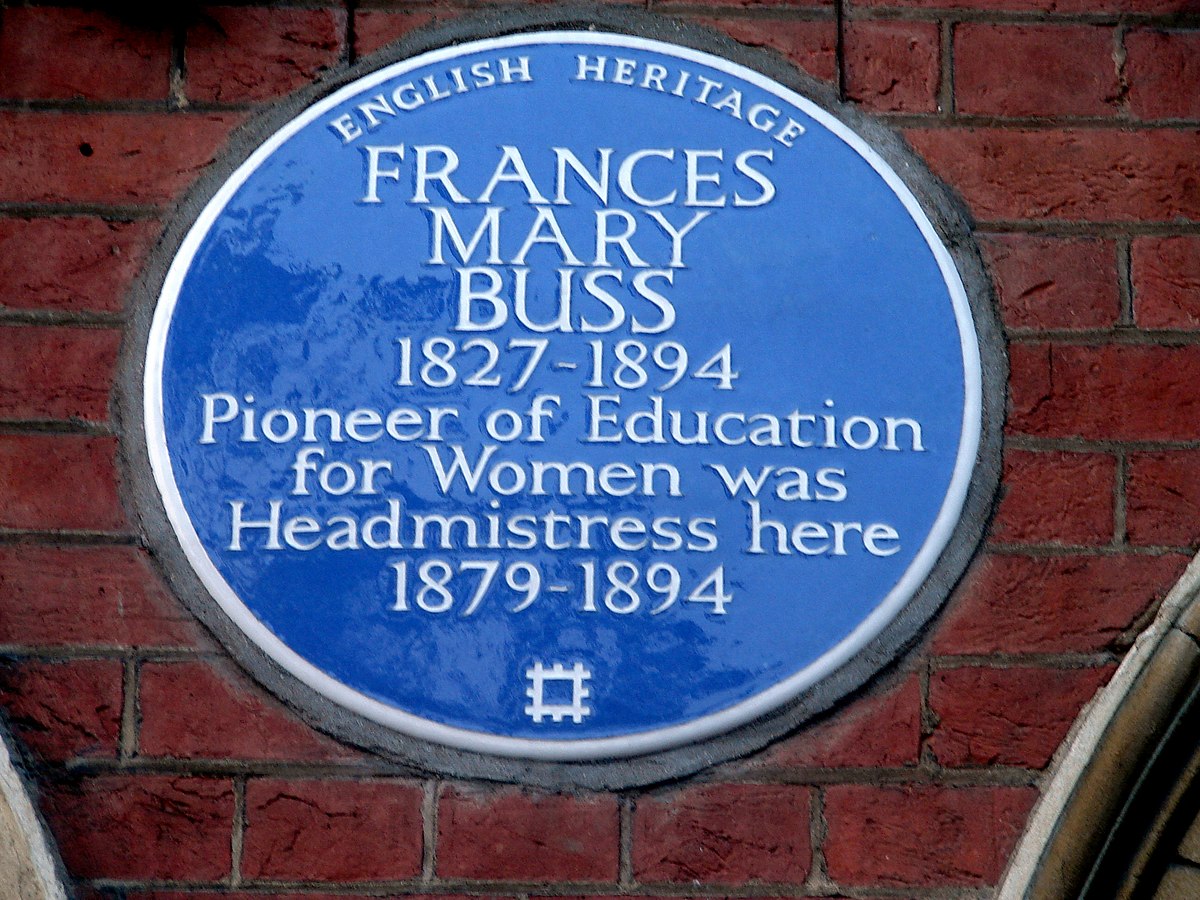 “Frances Mary Buss” by Simon Harriyott is licensed under CC BY 2.0

Frances Mary Buss was a campaigner for women’s rights and a pioneer of education for women. At the age of 10, Frances attended a prestigious school in Hampstead, where her interest in education first started. She began teaching at this school from the age of 14, and by the time she was 16, she assisted with the running of the school. In 1870, her mother set up a private school where Frances’ career in education officially started, and she continued to gain teaching qualifications at Queen’s College.

Following in her mother’s footsteps, Frances established the North London Collegiate School for Ladies, the first girls’ school which aimed to achieve excellent standards for girls to attend university. Frances handed the school over to trustees, but she soon established a second school called the Camden School for Girls, where she became the first woman to call herself a ‘headmistress.’

Frances held a radical view of educated girls and challenged societal norms;  at a time when intellectual subjects such as Latin were considered unnecessary for girls to study. Instead, it was preferable for girls to prepare for life as wives and mothers by learning about domestic duties. Frances continued to fight for women’s rights for the rest of her life. She was part of the Kensington Society, formed in 1865, in which she campaigned for increased educational opportunities for women and was an active supporter of the women’s suffrage movement.