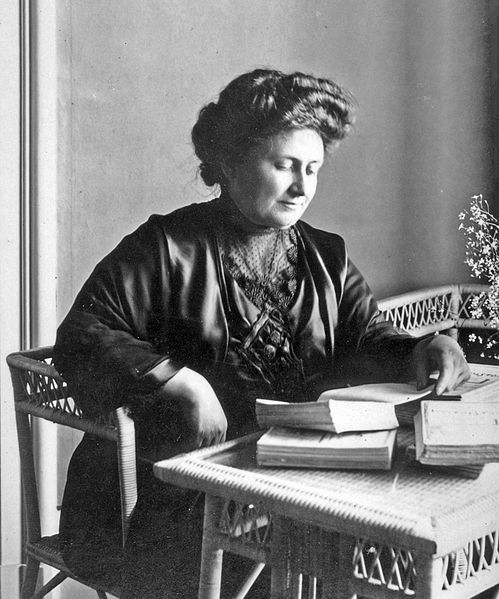 Maria Montessori was born on 31st August, 1870 in the provincial town of Chiaravalle. Her father was a financial manager and her mother was a woman who prized education above all else. Maria’s mother was well schooled and an avid reader. This was unusual for an Italian woman at the time and transferred to Maria who would go on to study various subjects. Although born in a provincial town, Maria grew up in Rome where she was surrounded by art, culture, history and literature.

During Maria’s life, Italy was full of conservative values. These values restricted the women, especially middle class and upper class women to the home and the role of motherhood. Yet, this girl was constantly breaking down these barriers and long held societal assumptions. She was encouraged by her parents to pursue a career as a teacher, one of the only occupations open to women at the time. But her ambitions for the future constantly changed as she broadened her fields of interest and committed herself to her studies.

When she was 14 she attended a boys technical school in Rome. This is where her interest in mathematics initially led her to want to pursue a career as an engineer. Over time she became more fascinated with biology and became determined to study medicine and become a doctor. Maria faced much resistance, not only from her male peers but also from her father. Her mother supported Maria’s aspirations and with this support she was able to pursue medical studies. To get into medical school she took extra courses to prepare for her entrance exams. After first being rejected she was finally accepted. But it was not plain sailing from there. Maria was frequently excluded from certain classes, lectures and seminars, considered inappropriate for the young girl. Only by continuing to study additionally alongside her already strenuous course load she was she able to successfully become a pediatric doctor.

Maria graduated from medical school with high honors in 1896. She was among Italy’s first female physicians. This was an accomplishment in and of itself but her legacy does not end there. Maria specialized in children’s health and their early development. She founded a school in 1900 dedicated to helping developmentally delayed children. She wrote about her experiences with these young people and her ideas spread across the globe. By 1925 over 1000 schools had been opened in America by her. These fell out of favor in the 1940s but her approach to helping those with developmental disabilities was pioneering. She died in 1952 in the Netherlands and her methods are still used to this day.